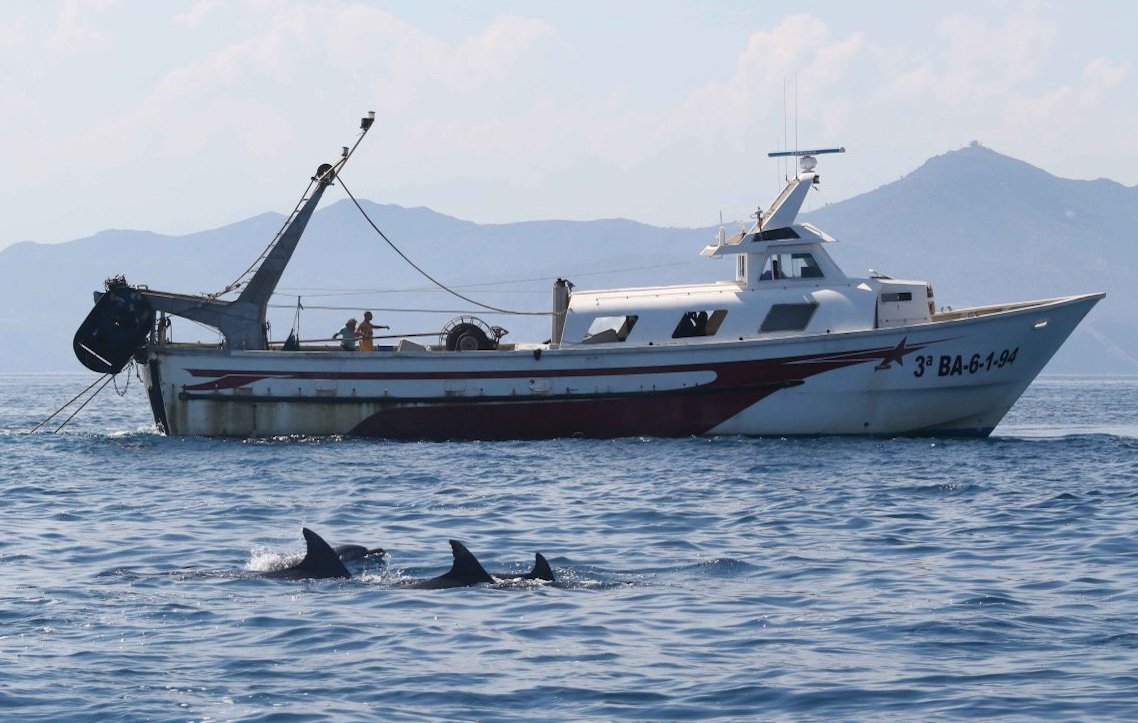 The Tramuntana Dolphins project’s main objective is to promote conservation of marine ecosystems in the Cañón de Creus area (Catalonia, Spain) and the bottlenose dolphin population in the zone.

Both canyons also form a part of the southwestern border of the Gulf of Lion IMMA shelf (Important Marine Mammal Areas).

Along with interested sectors, mainly fishing and tourism, we work to involve fishermen in studying and conserving the bottlenose dolphin population. On the other hand, the project also promotes the value of fishing resources and traditional trades in the area, which are closely related to regional development and culture.

During the summer of 2017, SUBMON launched a monitoring program based in the marine protected area of Cap de Creus (MPA) and its surroundings. This monitoring project focused on studying the bottlenose dolphin population (Tursiops truncatus) and other cetacean species living in the area. Visual and photo-identification techniques were used, with a 6-meter semi-rigid motorboat.

Photo identification is a non-invasive technique to tag subjects and later count them. In addition to other features, photographic identification helps us to obtain different kinds of information on dolphin groups in the area, such as residence degree, movement patterns, habitat uses and preferences and population observation.

What’s more, the fishermen’s collaboration and interest in the project translated to different actions and contributions, such as: data observation and contribution, best dissemination practices and assessment of interaction with the dolphins.

The most involved fishermen even recorded the GPS position and the number of subjects observed each day of fishing! Each time, they indicated whether the animals were interacting with their fishing equipment.

Moreover, in several cases, they provided images of sightings to corroborate the species. As a group, they entirely completed the sheet we gave them, “commercial species caught throughout the day,” to have a reference on the species that dolphins could be eating.

The project’s general objective is to promote territorial development by conserving natural values, integrating the fishing and the tourism sectors.

This is an important breeding and feeding zone for bottlenose dolphins in the northeastern Mediterranean, and endorses including the Canyon of Creus as part of a marine protected zone. The presence of dolphin pups in 60% of sightings would suggest that this is an important reproduction area.

Data from the study provide possible proof of interaction between dolphins and fisheries. These data would require specific study in the future to better determine the activity’s impact on dolphin populations.

The preliminary abundance estimate suggests that a small population has settled seasonally in the zone, but data from 2018-2019 will be included for a more robust model. This project is financed by the Government of Catalonia and the European Fisheries Fund (FEMP).