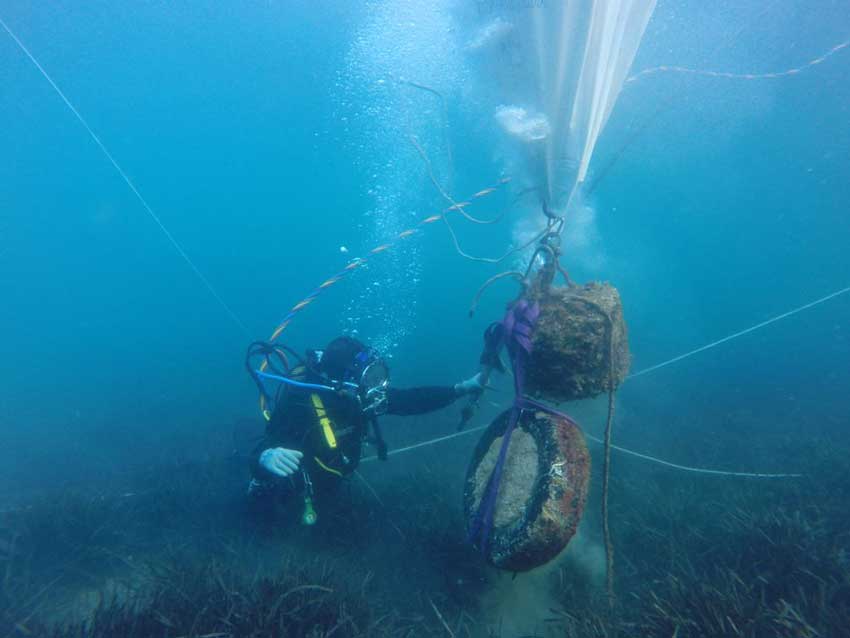 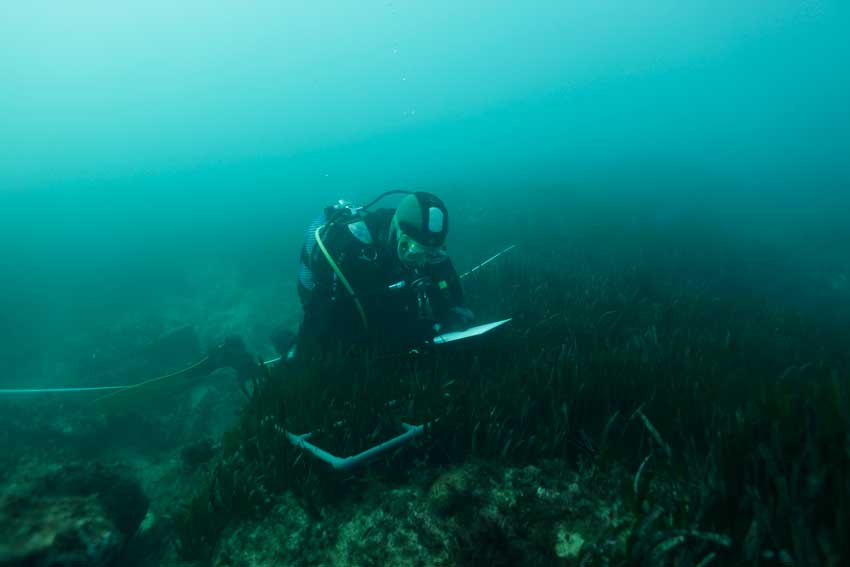 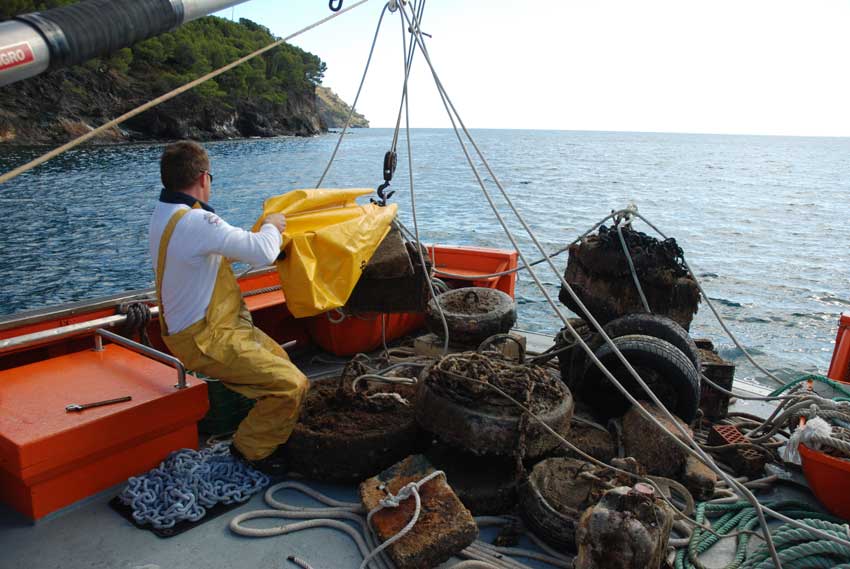 Studies on the preservation of Neptune seagrass on the Catalonian coast

Neptune seagrass (Posidonia oceanica) is an endemic marine phanerogam in the Mediterranean that is essential to the proper function of the marine ecosystem. It has different ecological roles: it is a crucial habitat that provides shelter to many marine species, it holds suspended particles, it acts as a natural barrier to protect the coast from storms and currents, it produces huge amounts of oxygen (it is considered to be the Mediterranean’s “lung”) and captures CO2. These are just a few of the reasons why Neptune seagrass is protected both nationally and internationally.

Although this is a protected habitat and species, over the past few years, Neptune seagrass has suffered a general regression. This regression is well-documented. It is caused by different anthropic activities, such as industrial waste and wastewater dumping into the sea, or “mechanical damage” caused by a direct physical impact on the meadow.

Since 2008, the purpose of these studies is to evaluate the condition of Neptune seagrass meadows on the Catalonian coast.

We obtained density values per square meter in 36 areas of study distributed along the Catalonian coast. These density values were compared with expected theoretical values, calculated with a specific index. The areas of study were classified based on the difference between the observed and the expected values.

86% of the studied areas bear a Neptune seagrass density below the expected level in relation to their depth. Moreover, it should be noted that 19% of these areas bear an alarmingly low density, less than 50%.

Most of these studies have been funded by the Autonomous Government of Catalonia and, in some occasions, coastal City Halls have also provided some funds.

“The main causes of Neptune seagrass meadow regression are water quality loss, pollution, invasive species, sand-dredging to regenerate certain beaches, infrastructure building, unsuitable fishing practices and boat anchoring.  These are all common causes behind the reduction of Neptune seagrass along the Catalonian coast, and could cause it to disappear.”