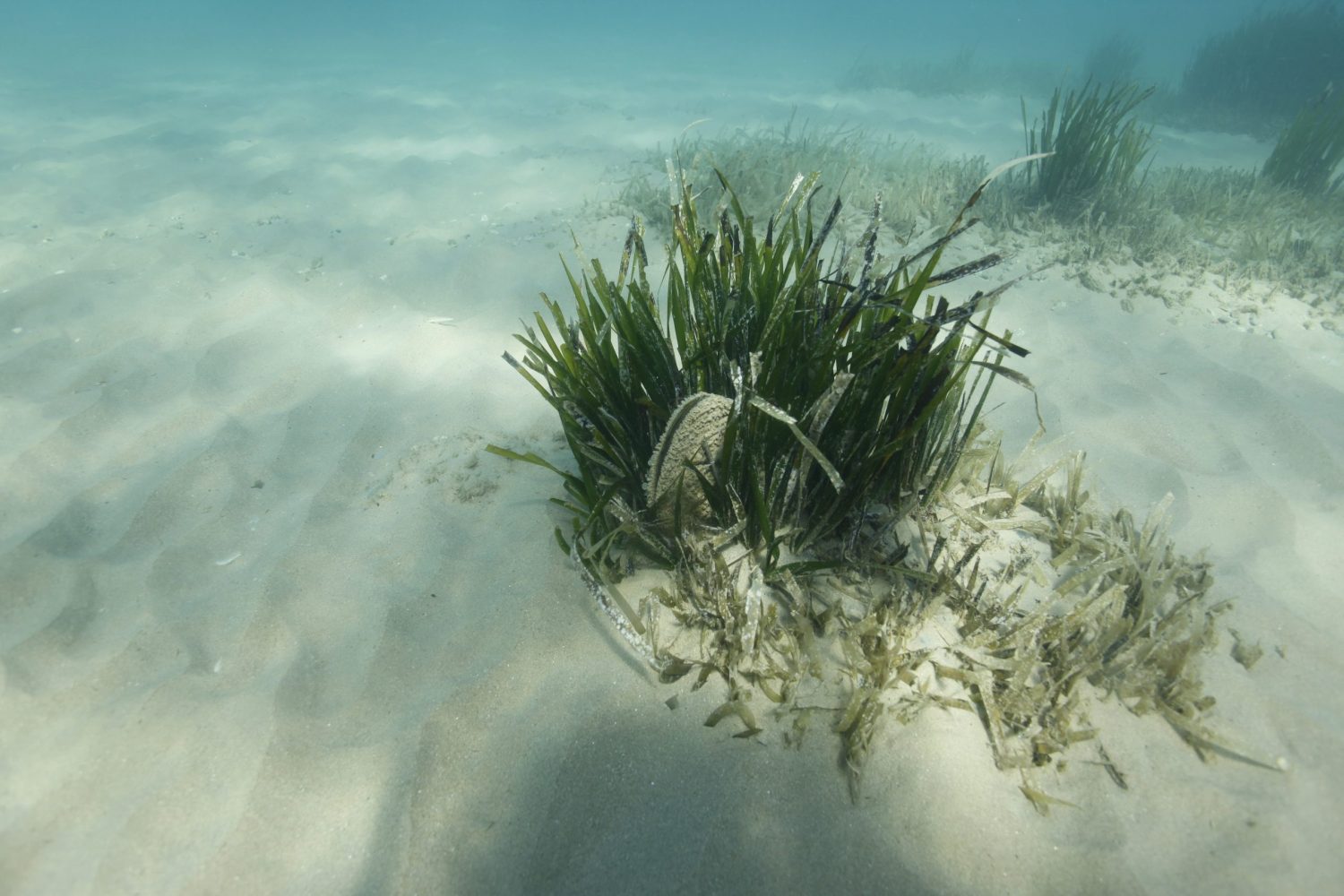 The noble pen shell (Pinna nobilis) is an endemic bivalve mollusk in the Mediterranean. It inhabits seagrass meadows, especially Neptune seagrass (Posidonia oceanica), and can grow to over 1 meter in length. These majestic animals are considered to be the Mediterranean’s most emblematic mollusks.

The purpose of this project funded by University of Valencia was to carry out actions to preserve noble pen shell populations all throughout Spain, and specifically in the Cap de Creus Natural Park.

3 conservation actions were carried out:

1) The first one aimed to rescue 215 noble pen shells from the Bay of Portlligat (Cadaqués) and transfer them to different research centers and aquariums.

2) The second action was to install protective cages to cover 40 noble pen shells. The purpose of the cages was to prevent sick mollusks from being devoured by crustaceans and fish.

Despite all conservation efforts, the outlook is still grim… The parasite has a great ability to spread. It was detected for the first time in late 2016 in southeastern Spain. Currently, it is affecting populations in Greece, northern Turkey and Cyprus.

Most noble pen shells transferred to research centers and aquariums died from the effects of the parasite.

All the mollusks protected by the cages also died, and there are no future expectations of finding young noble pen shells, since no living individuals with reproductive capacity have been located.

Procedures were conducted with the  GEMM-Marine Macrophytes Ecology Group from the University of Barcelona (UB), the Institute for Agro-Alimentary Research – IRTA and the IMEDMAR – Research Institute of Environment and Marine Science, the Ecological Transition Ministry and the Territory and Sustainability Department of Catalonia.

“Noble pen shell populations all throughout the Mediterranean are in a critical situation. Everything seems to suggest that we are encountering the disappearance of an endemic species in the Mediterranean. The only hope of putting a stop to the noble pen shell’s extinction is to find individuals resistant to the parasite.”