Why are waves always coming parallel to the shore?

Here are some pictures taken at the beach: 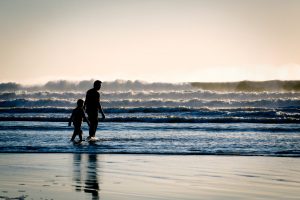 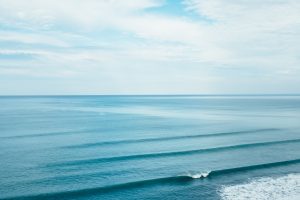 Have you ever wondered why, when sitting at the shore and watching the sea, the swells typically come toward you as if they were parallel to the coastline? On the other hand, if you were in the middle of the sea, on a boat, you could not see a preferential direction of propagation, because the waves seem to propagate in every single direction.

So, why when approaching the beach, the swells change their direction to one parallel to the shore?

Let’s start from the origins of waves.

Waves can originate far away from the coast, in the offshore, due to the friction between the winds and surface water. For instance, during a storm the winds start blowing creating tiny little ripples. This increases the grip of the sea surface, and while the winds keep blowing, the surface of the sea gets messy. Waves start propagating in each direction at different speed that depend on their wavelength (= the distance between successive crests of a wave). Waves with longer wavelengths move faster and will arrive before to the shore than waves with shorter wavelengths that are left behind. While travelling away from the storm, waves with different wavelengths have time to separate because they travel at a different speed.

Even if it is not a windy day, you may observe big waves on the beach, those can come from a storm far away from where you are! Even if it seems terrifyingly exciting, surfers don’t surf in the middle of the storm…they prefer regions away from them, where the wave front is foreseeable.

Waves in deep waters are faster, because they do not feel the presence of the seafloor. Once they arrive in shallower waters, their speed becomes proportional to depth: as depth decreases, wave speed decreases as well. But what causes them to become parallel to the shoreline, even though they approach from a different direction of propagation?

The physical process of refraction explains it: 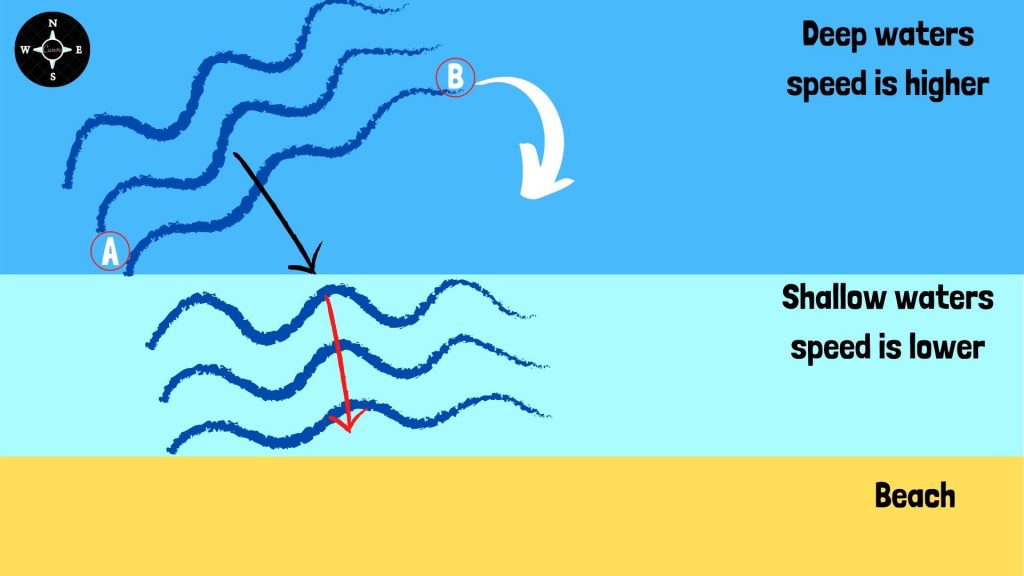 Approaching the coast, for each isobathimetric lines (lines of same water depth), the waves crest undergoes refraction and it gets bended any time, becoming more and more parallel to the shore.

Sunscreens protect us, but do they harm the marine environment?

Now that the good weather is here and summer is...

We finished the EDUCAMARES project with more than 7,100 sensitized students

The EDUCAMARES project finishes this May, having achieved all the...