We started a new project for participatory local development, through the impulse of the blue economy in Cape Creus.

Within the framework of the Tramuntana Dolphins project, initiated in 2017 by SUBMON, we start a new program of activities and generation of new tourist products, in collaboration with GALP with the support of the European Maritime and Fishing Fund.

In this new initiative, actions integrating the fishing, tourism and environmental sectors will be implemented to promote the protection and study of the bottlenose dolphin population in the Creus Canyon area. The actions of this program will focus on specific training for the promotion of fishing-tourism, ecotourism, citizen science, marketing, complemented with participatory research actions related to the categorization of garbage collected by fishing nets, further deepening the knowledge of the threats faced by this population of bottlenose dolphins in the Mediterranean. With this new campaign, it is expected to obtain new data about this dolphins’ population and its behavior, as well as an environmental assessment of this environment that favors the integration -both of the economic sectors and of society in general- in the conservation and knowledge of these cetaceans. With this initiative, we join an innovative approach, which fosters a blue economy with its own label for the conservation of the territory.

On the one hand, the area of Creus Cape, and more specifically the Creus Canyon, is where there is a greater density of population of the bottlenose dolphin of the Catalan coast and where the fishing interaction has turned out to be an important factor that enhances the presence of this species in the area. On the other hand, the tourist and clearly seasonal component creates a very concentrated environmental and social impact during the summer months.

Raising awareness, sensitizing and involve both fishermen and tour operators in the conservation of this species and the natural values of the area, can give added value to both sectors, helping to generate profit through the creation of a new tourism product.

The actions to be carried out have been divided into three groups:

With the collaboration of Travelecoology, courses will be developed to introduce the commercialization of ecotourism products, including tools for the commercialization of products in national and international markets. Materials will also be provided with practical information on the tourism sector, the characterization of the market, the opportunities and challenges associated with eco-tourism in general and fishing-tourism activities in particular, as well as strategies and tools for the promotion and marketing of ecotourism products.

With the participation of the fishing sector and an observer on board, a pilot test will be carried out to analyse and characterise the waste collected in each set. This test will include data such as the origin, the type of material from which these wastes are made, the fishing area, the depth and other environmental data, as well as, approximately, the amount of biomass fished from commercial species – according to the boxes by species and the amount of discards. This pilot test will make possible to evaluate the protocol to be established and the success of the experiment. 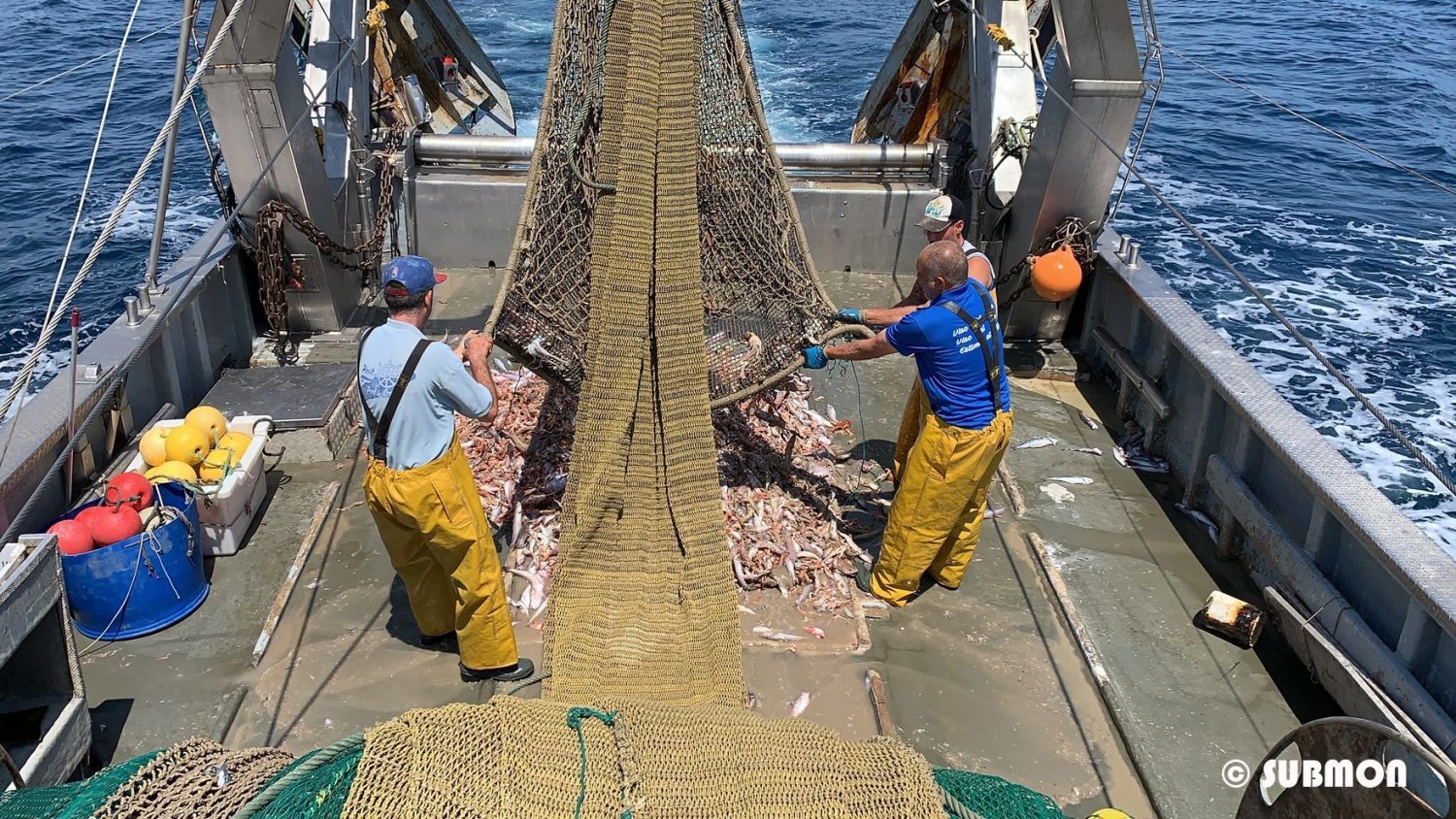 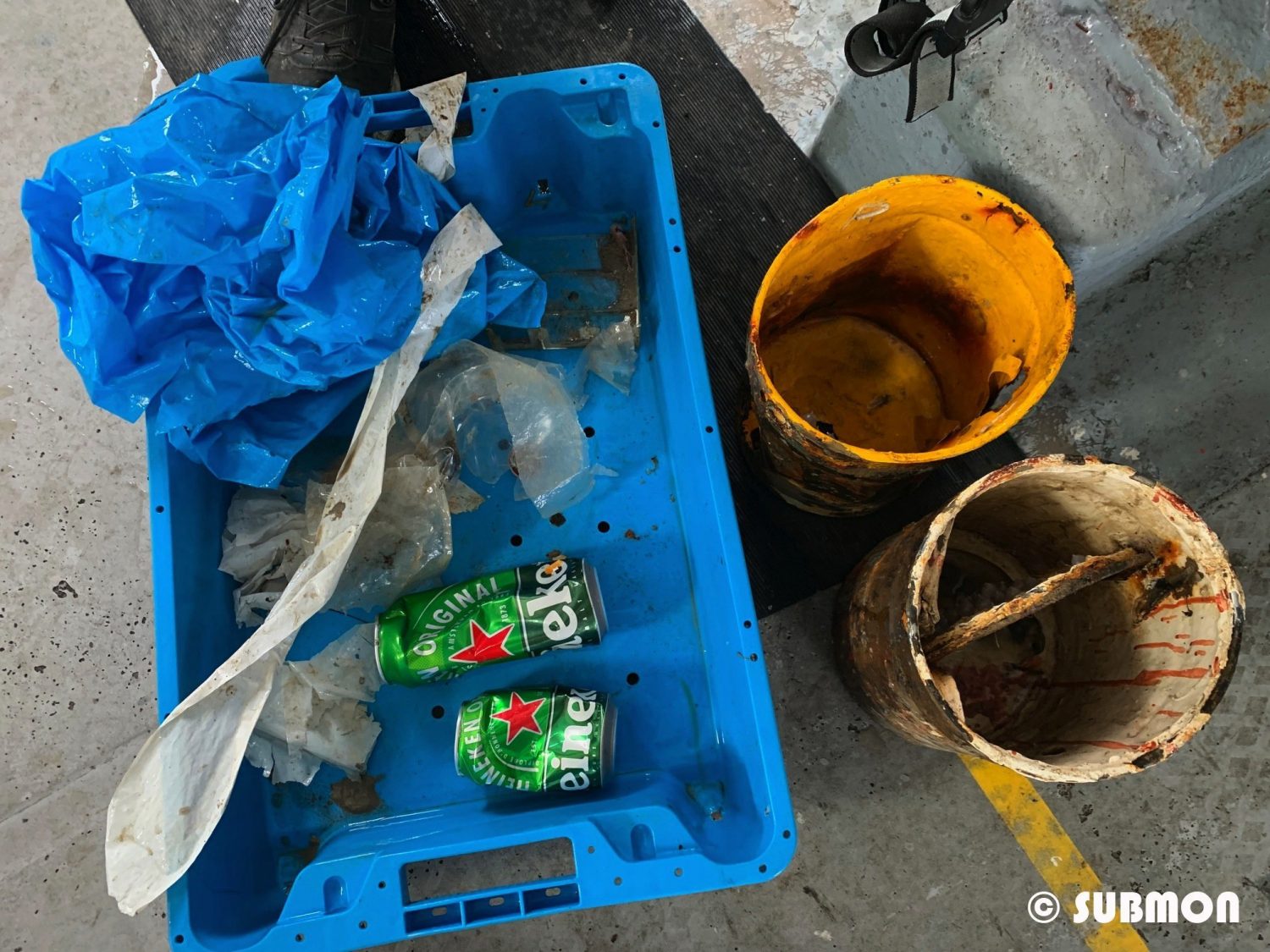 The pilot test field trips will be carried out on trawlers that currently operate as fishing tourism (Costa Mediterrània & Armonia uno), with the intention of also promoting awareness of the problem of plastics at sea. In this way, the aim is not only to raise awareness of the importance of the role of fishermen in the collection of waste from the sea and to promote their direct involvement, but also to involve them in raising awareness among tourists and the general public during their fishing-tourism activities. With this action, distribution maps will be elaborated for the comparison and relation with the presence of plastics in each fishing zone.

In addition, the added value of carefully registering bottlenose dolphins and other cetaceans per set is incorporated, differentiating their behavior according to whether they are feeding behind the net or just passing through, always related to the fishing area.

The importance of obtaining these data is that it will allow us to have additional information from another perspective, importing by comparing the data provided by the fishermen of the Tramontana Dolphins project and the scientific campaign of the project.

The training material “Tramontana Dolphins: Discovering a new environment”, which will be completely free of charge for tour operators in the territory and for environmental education associations, will be developed. This material will include data on the distribution of the cetaceans of Canyó de Creus, the abundance, the status of the population and additionally a guide for species identification (photo-identification), environmental volunteer network, sightings from the sea, data collection (citizen science) and good action practices.

In addition, there will be 2 courses of 4 hours each. Scheduled for July 17 in Llançà and July 24 in Vilajüiga and involving different tour operators including a practical phase for data collection of cetaceans from the sea and from land to reinforce the theoretical phases and deepen the knowledge acquired. 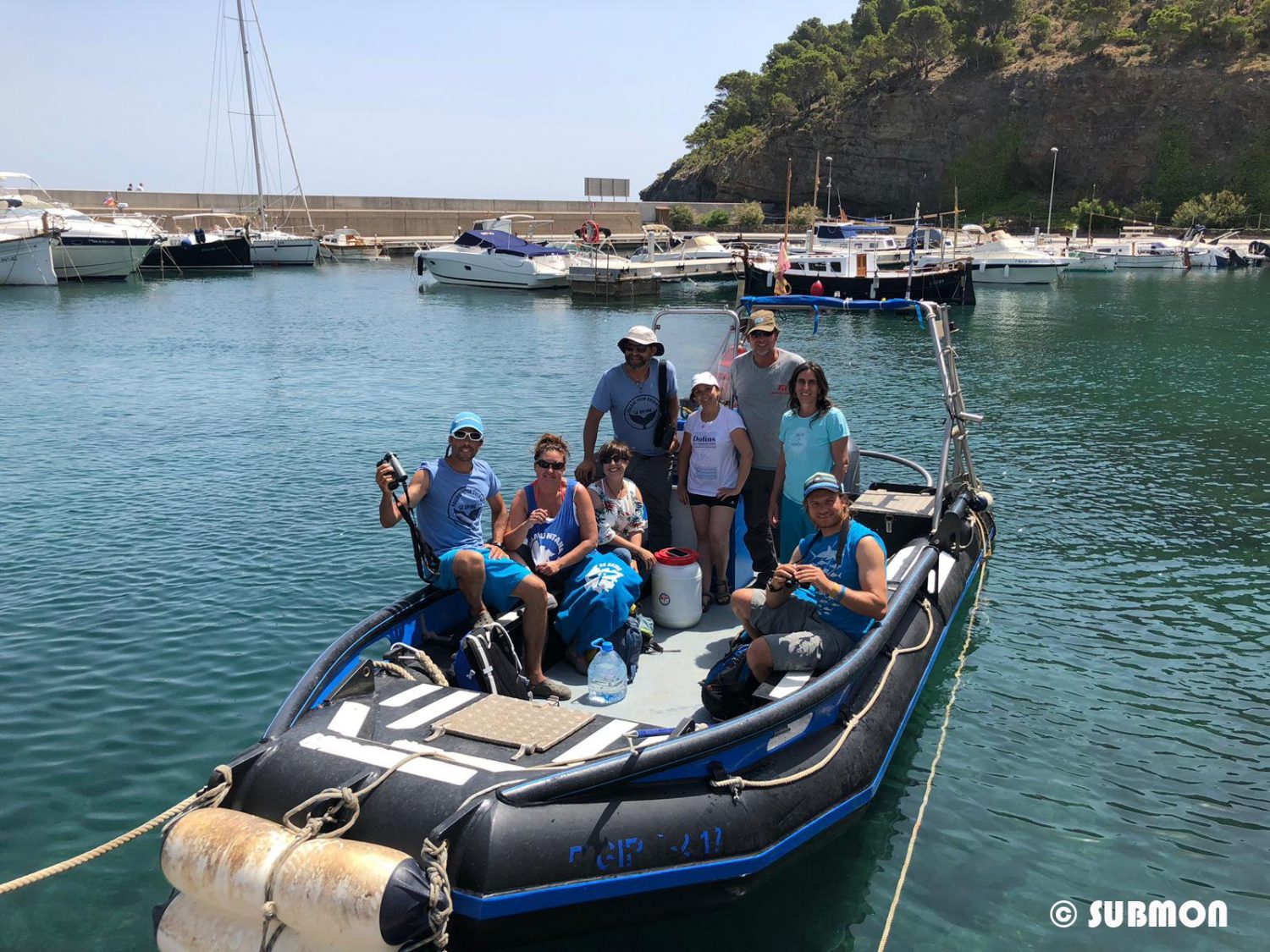 With the hope and conviction that this new campaign, within the Tramontana Dolphins project, becomes the continuation of a relationship of cooperation and win-win, between the environmental, fishing and tourism sectors. At the same time, it is expected to establish strong and innovative bases in the sector of the blue economy and hoping that the results will allow to expand and advance in the realization of the project with the involvement of more fishermen and the participation of all the collaborating Fishermen’s associations of Tramontana Dolphins.

During 2022 Sea Turtle Week this article written by NOAA...

Forests of marine animals: the political courage needed to protect them

Forests are also "of the sea". They are even older...

Some of the pages of the SUBMON site contain cookies, which are small data files generated in the computer of the user or client which enable the system to remember the language and site, as well as other characteristics and navigation preferences chosen by the user during their first visit. These cookies are not invasive, nor do they carry virus or personal data, and their only function is to personalise navigation according to the choices made previously by the user. If you wish, you can deactivate and/or eliminate cookies by following the instructions which appear in our Security Recommendations .
Necessary Always Enabled
Necessary cookies are absolutely essential for the website to function properly. This category only includes cookies that ensures basic functionalities and security features of the website. These cookies do not store any personal information.
Non-necessary
Any cookies that may not be particularly necessary for the website to function and is used specifically to collect user personal data via analytics, ads, other embedded contents are termed as non-necessary cookies. It is mandatory to procure user consent prior to running these cookies on your website.
SAVE & ACCEPT
SearchPostsLoginCart
Sea turtles… in Alaska?
Forests of marine animals: the political courage needed to protect them
Sunscreens protect us, but do they harm the marine environment?
We finished the EDUCAMARES project with more than 7,100 sensitized students
What a successful European Maritime Day!
Registration and abstract submission open for Sharks International 2022