The Department of Climate Action, Agriculture and Rural Agenda (DACC) of the Generalitat of Catalonia, the City Council of Llançà and SUBMON have signed a Stewardship agreement for the marine area of the Natura 2000 Network ES5120014- La Albera, located on the beaches of Canyelles and el Rastell, in the municipality of Llançà.

The main goal of this marine stewardship agreement is to promote the conservation of habitats and species of community interest in the La Albera marine area. The area of La Albera is declared a special conservation area (ZEC) by Agreement GOV/150/2014 and is mostly a land area with a marine area of about 5 hectares. On June 28, the first delimitation and mapping activity of the different species of marine phanerogams present in the Marine Stewardship Space was carried out.

On the one hand, it is a marine area with high conservation interest, since it houses a meadow of Neptune seagrass (Posidonia oceanica) and another of Zostera noltii, two species of seagrass that generate important ecosystems in the Mediterranean. On the other hand, the marine area of La Albera is a common point of recreational activities by local companies that practice snorkeling and kayaking, as well as entities in the area, school groups and individuals. These factors also allow the space to be a good point for carrying out environmental education activities.

With all this, in this same area, the presence of other species of fish of interest is also common, such as the broadnosed pipefish (Syngnathus typhle), the seahorse (Hippocampus guttulatus) or the barracuda (Sphyraena sphyraena), as well as a roost summer birds such as the Sandwich tern (Sterna sandvicensis) and the shag (Phalacrocorax aristotelis sp. Desmaresti) at the tip of the Cros.

La Albera area is part of the Natura 2000 Network, a European network of biodiversity conservation areas created from Directive 92/43 /EEC and whose objective is to promote the good state of conservation of habitats and species of community interest and contribute to stopping the loss of biodiversity. It is the most extensive network of protected areas in the world, and it is the main instrument for nature conservation in the European Union. Marine spaces represent 38% of the total area of this network.

In this context, from SUBMON we have started a marine conservation program that includes the La Albera marine custody space, to develop actions that help protect and promote the natural marine values of the Cap de Creus area.

Tramuntana Marine Life is a program that was born with the goal of creating a meeting point for all the actors involved in the marine environment such as scientists, fishermen, volunteers, students, and citizens who want to live the sea with commitment and responsibly. The program aims to create a transversal activist community, putting marine values at the forefront of the territory and promoting the coexistence of fishing, tourism, study, and science. 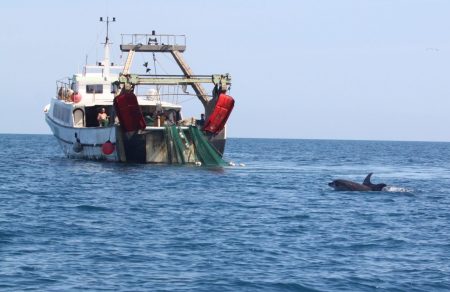 The program is developed from three main areas: a Conservation area, in which own projects are developed to study habitats and emblematic species of the territory, such as the bottlenose dolphin or the Neptune seagrass; a second area around professional fishing and tourism in the Territory, where tourist or recreational activities, products and services are proposed; and the third area of Training, where continuing education, initiation or university extension courses related to different relevant aspects of the marine environment of the area will be offered.

This program was born within the EU Blue Growth Strategy, specifically the Sustainable Blue Economy initiative promoted by the Generalitat de Catalunya, and wants to offer unique experiences to live the sea with commitment, from different activities contemplated in the marine custody agreement signed for the La Albera area. The intention is to join forces with the different actors that are related to the sea in order to reconnect with our marine natural heritage and promote its conservation.