We finished the EDUCAMARES project with more than 7,100 sensitized students

The EDUCAMARES project finishes this May, having achieved all the objectives set. Thus, the improvement of knowledge about the marine environment and the marine Natura 2000 network has been promoted among society, in general, and secondary and high school students particularly.

The project was conditioned practically from the beginning by the health situation derived from COVID-19, which made it difficult to carry out some of the planned activities, which had to be rethought, reconsidered, and delayed in time. However, the three main activities of the project (visiting high schools, elaborating educational resources, and carrying out an awareness campaign) were carried out, achieving even better results than initially planned. The results obtained for each of the activities were as follows: 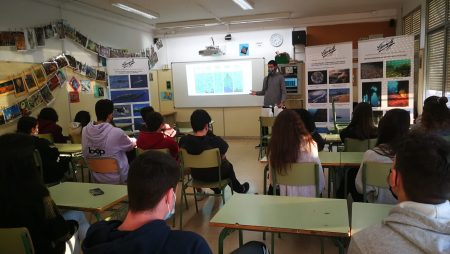 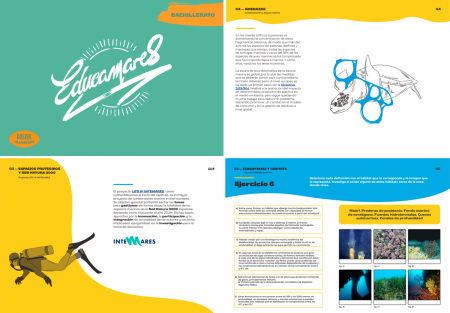 3) Implementation of a participatory campaign at the national level called “Mensaje al océano“, with the aim of showing the importance of the ocean and raising awareness in society about the need to preserve it: this campaign, had to be readapted to carry it out online, was a success, getting more people to participate than expected. In total, the participants contributed to the campaign with more than 150 messages that were sent through an online form or social media. In addition, an online closing act of the campaign was held, in which 40 people participated, also more than initially planned. Here you can find the video summary of the campaign, made with different videos and photographs that were received.

Finally, we would like to thank all the people who helped the project to go ahead, especially the teachers and students of the 73 high schools that were visited. As you well know, through these months we have experienced very difficult times, seeming impossible to hold in-person talks at schools. Thanks to their support, desire, and interest it was easier to make it possible.

The EDUCAMARES project has had the support of the Fundación Biodiversidad of the Ministry for the Ecological Transition and the Demographic Challenge and the LIFE IP INTEMARES project.

Previous Story
What a successful European Maritime Day!
Next Story
Sunscreens protect us, but do they harm the marine environment?