The Tramuntana Dolphins 2020 campaign is open to citizen participation

For some time now, SUBMON has been committed to dealing with marine environmental problems in conjunction with society. It is in this sense, and under the strategies of Marine Custody, that for 12 years now we have been the backbone of projects, programs and awareness campaigns.

“Tramuntana Dolphins” now, as we started in “Canyons del Maresme” in 2009, are structural projects of SUBMON that allow us to bring together initiatives, programs and citizen participation in marine conservation projects. The Risso’s dolphin in Canyons del Maresme and the bottlenose dolphin in Tramuntana Dolphins, cetaceans both that act as umbrella species and allow other less emblematic species to benefit from conservation actions that are carried out on Risso’s dolphins and bottlenose dolphins.

The value of the project Tramuntana Dolphins

Three years ago we started Tramuntana Dolphins in the waters of Cap de Creus, where a large population of bottlenose dolphins uses the area as a feeding and breeding area. Fishermen and tourism actors share the space with them. At SUBMON, we believe that coexistence is possible as long as good navigation practices are followed during sightings and the establishment of protective measures that will be beneficial to cetaceans. From SUBMON we study this specimen: we have identified them, we know how many there are, when they breed and how they interact with fishing boats. We work based in Cadaqués and go out to make sighting transects throughout the area. Today we have about 4,000 nautical miles sailed and information from nearly two hundred individuals.

This year, and in a summer campaign that will surely be affected by the new normality generated by COVID-19, we want to know how individuals have been in this long period. It is for this reason that for the first time, as an entity, we have launched a crowdfunding process for citizens to participate in the project. 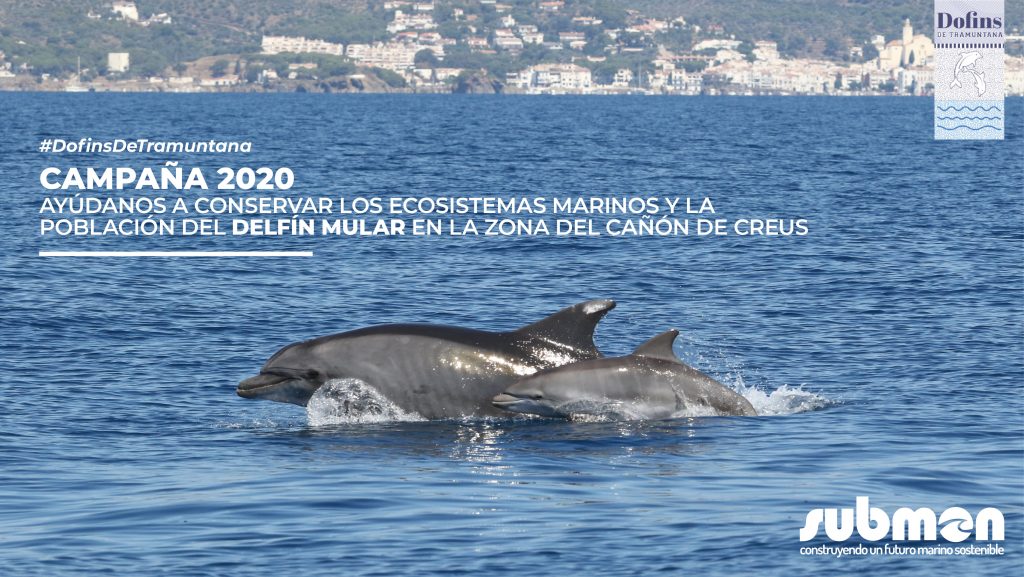 We really hope you find the initiative interesting and want to be a part of it … after all, it is in our hands to have a more educated and informed society, on the one hand, on the influence we make on the marine environment and the species that inhabit it, and on the other hand, have the knowledge of the richness of our marine natural heritage.