The project “RESPONDER: a training program for response to oiled marine wildlife on the Spanish coasts” began earlier this year, with the translation into Spanish, and printing of, EUROWA’s Basic and Advanced manuals and official training presentations.

Financial support for the Responder project is provided by the Fundación Biodiversidad, from the Spanish Ministry of Ecological Transition and Demographic Challenge and the Department of Climate Action, Food and Rural Agenda of the Regional Government of Catalonia (Generalitat de Catalunya), and the collaboration of the Council of Rural Affairs and Territorial Cohesion of the Government of Asturias. 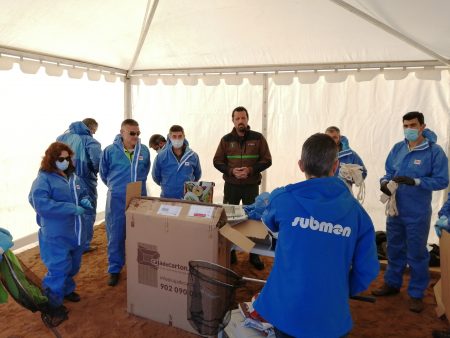 The second phase of the project, which began in October, was the organization of EUROWA Basic and Advanced courses in Catalonia and Asturias. The first set of courses successfully took place in both regions during October and November: three Basic and one Advanced Beach course in Asturias and two Basic courses in Catalonia. Courses in both regions are primarily aimed at rural agents, environmental- and fishery-related regional authorities, staff at official rescue centers, and volunteers from important local environmental NGOs.

Approximately 150 people have attended the courses so far, where they were taught how a general oiled wildlife response works and is organized according to EUROWA’s standards and protocols, what the different steps in oiled wildlife rehabilitation are and how they work, what happens to an oiled bird when it reaches the shores and how to begin appropriate treatment for the maximum probability of success. 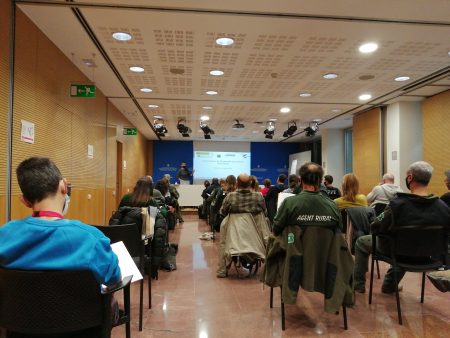 Attendees at the Advanced Field course had the opportunity to set up a Beachhead Collection Point (an essential part of the response at the coast), and to organize and carry out search and collection activities.

Attendees to these courses will now be able to work hand in hand with any personnel trained to EUROWA standards anywhere in Europe, opening the possibility to exchange staff and experts between European countries should a member state request the assistance of the EUROWA Network due to an incident with oiled wildlife.

During the first months of 2022, one further Basic course, two Advanced Beach courses and one Advanced Rescue Centre course will be organized in Catalonia before the project is finished.

Previous Story
Zostera noltii, another marine plant that can be found on our coasts
Next Story
We started the COSTtERA project: Studying the underwater behaviour of bottlenose dolphins during their interaction with trawler nets in the north of Catalonia.