More than 7000 kilometres travelled, more than 400 bottlenose dolphins identified in the Cap de Creus area and more than 50 fishermen involved are the summary of 4 years of work in the framework of the Dofins de Tramuntana project. 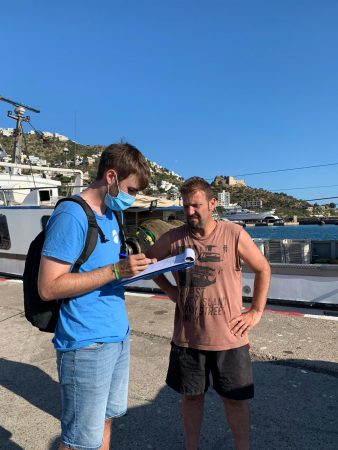 Dofins de Tramuntana is a project initiated by SUBMON in 2017 with the aim of studying and promoting the conservation of the bottlenose dolphin population in the waters of northern Catalonia. The field study on the species itself incorporates actions to mitigate its conservation problems and raise awareness of the marine natural heritage in the population.

This initiative aims to bring together environmental and social realities, becoming a backbone of the territory, working together with sectors of interest such as fishing and marine tourism to achieve a sustainable coexistence with these marine animals. Dofins de Tramuntana cetacean study area is a marine area around Cap de Creus with a geographical limit with the border of France. It is one of the most emblematic places in the marine environment of Catalonia. 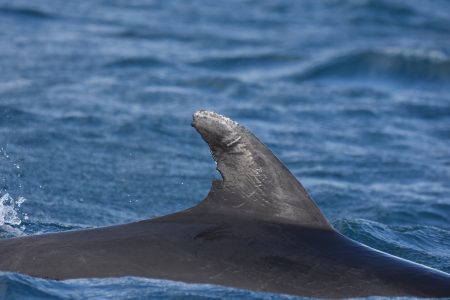 The bottlenose dolphin population survey has been carried out using the photo-identification technique. Photo-identification is a non-invasive technique for tagging individuals and subsequent counting. Every time a group of dolphins has been detected during field trips, dorsal fin photographs have been taken to identify the individuals present in the group. Among other things, photographic identification allows us to obtain information on the place of residence of the population groups present in the area, movement patterns, use and preferences of the inhabitants and can give us an estimate of the population. 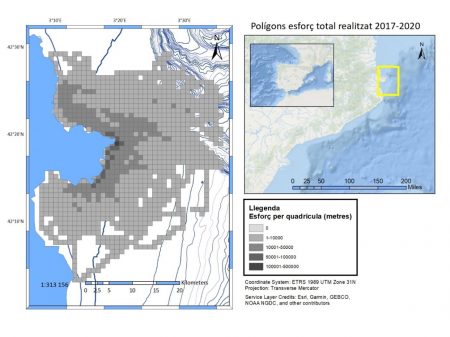 For each trip, data on effort and sea conditions were recorded, as well as data on all large vertebrates located. For all groups of bottlenose dolphins observed, all group information was recorded, such as behaviour, presence of calves or whether they were interacting with a fishing vessel. In total, more than 7000 km have been covered in the whole area, until the effort has been distributed in a different way, as can be seen in the following image, sending the effort to the areas more typical of the coast.

During all the years of study, mainly bottlenose dolphins and striped dolphins have been observed, although other species such as fin whales, sharks and different types of birds have also been observed: gulls, terns, sea ravens, Balearic and Mediterranean shearwaters (Puffinus mauretanicus and Puffinus yelkouan), a large number of northern gannets (Morus bassanus), and a puffin (Fratercula arctica). 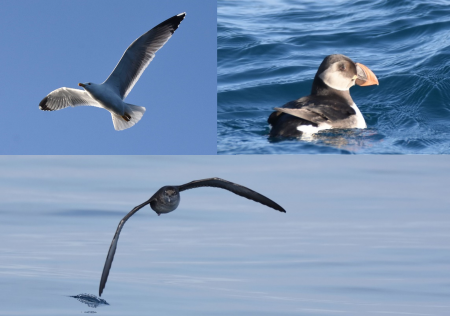 A total of 75 sightings of bottlenose dolphins and 27 sightings of striped dolphins were made during the summer (2017-2019) and winter (2020) surveys.

There are significant differences between the means in the depths at which both species are found, which corresponds to the general characteristics, already described in the literature, where the bottlenose dolphin is presented as a species with more coastal preferences than the striped dolphin.

The bottlenose dolphin, in particular, has a higher density around Cap de Creus, specifically between bathymetry 50 and 100 with an average density for the whole area of 0.00382 animals/km2, which are quite high densities compared to other areas of the Mediterranean and the Catalan coast.

One interesting fact, 66% of the dolphin sightings have been related to trawlers, with feeding behaviour in the nets in most cases. This indicates that the area becomes a feeding area for the species and that the interaction with the fishing sector is positive for the bottlenose dolphin. In this way, a lot of work has been done with this sector, which has been involved in the project from the beginning and has participated in its conservation.

The question arose as to whether, in the case of bottlenose dolphins, groups were larger in summer or winter, whether they had more or less access to food, an aggregation behaviour that is quite common when there is more food and has been described in other sources. In this sense, a campaign was carried out during the winter months and it was observed that group size did not show significant differences. This may be due to the fact that most dolphins in this area feed in the nets and therefore access to food does not vary substantially.

On the other hand, 67% of the sightings showed at least one juvenile or more in the group. During the warm season, 71% of the groups sighted had dolphin calves, while in the cooler season only 45% of the sightings were made in the presence of calves. Therefore, although the presence of calves is lower during the winter, they are present all year round. This data gives us two clues: first, that the area is a breeding area; second, it supports the hypothesis that the dolphins have access to food all year round, due to trawling, and therefore can afford to breed all the year.

Throughout the project, Dofins de Tramuntana has received funding from: