From January 11th to January 30th a veterinarian from SUBMON and a biologist from NEMA worked on board a bottom trawler in Southern Brazil. The project, funded by NOAA’s Bycatch Reduction Engineering Program and carried out in collaboration with L’Oceanogràfic of Valencia, aims to study the incidence, onset and development of gaseous embolia in incidentally captured sea turtles. 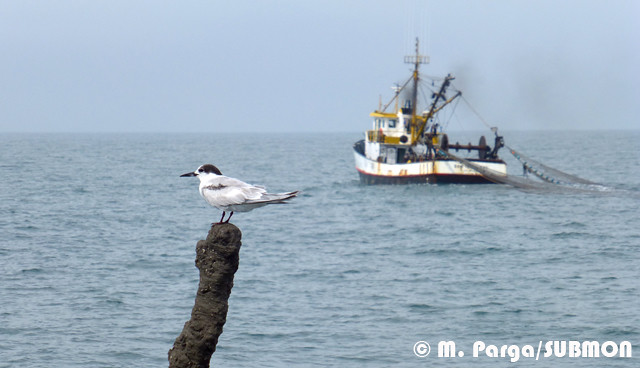 The boat, part of a trawling pair, was fishing for fish (mainly Micropogonias furnieri and Cynoscion guatucupa), and trawled at depths of 20-30m for a maximum of 4 hours. 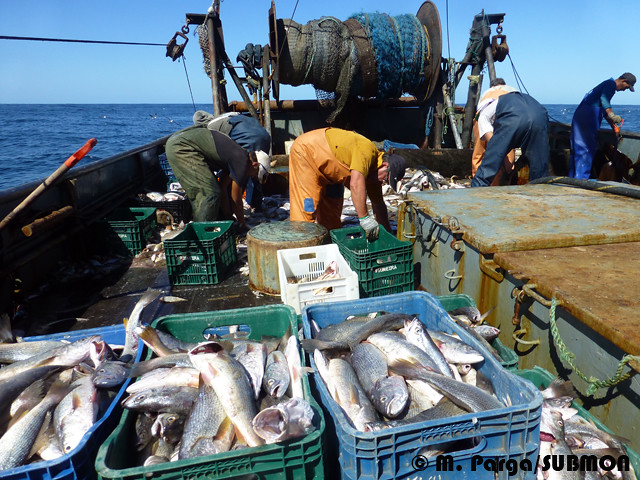 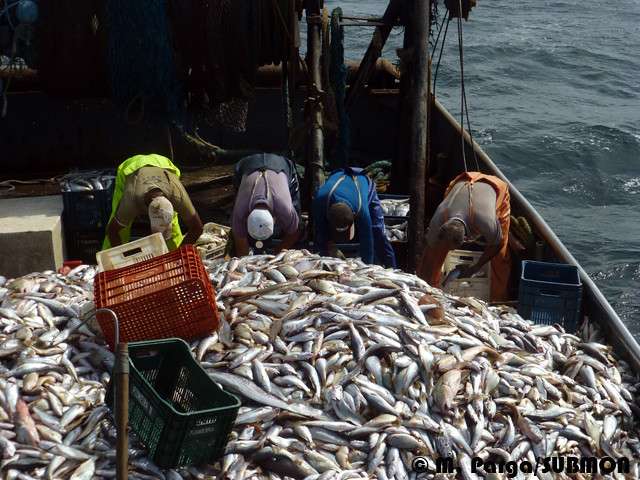 Seven turtles were captured during the fishing trip, six loggerheads (Caretta caretta) and one olive ridley (Lepidochelys olivacea). All arrived alive on board, but extremely weak and half drowned. An ultrasound scan of the kidney, heart and large blood vessels and liver was performed on all turtles on arrival, and a blood sample was taken for full biochemistry analysis. After that, ultrasound scans were completed every 20-30 minutes to assess evolution of gas in the tissues and blood vessels of turtles. 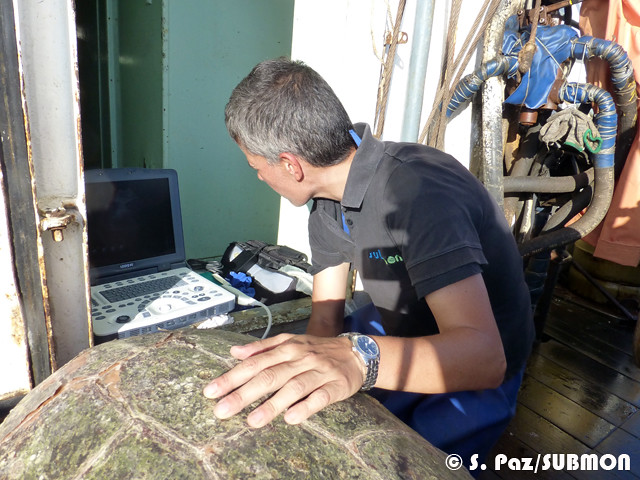 Performing an ultrasound scan in one of the turtles on board the trawling fishing boat. 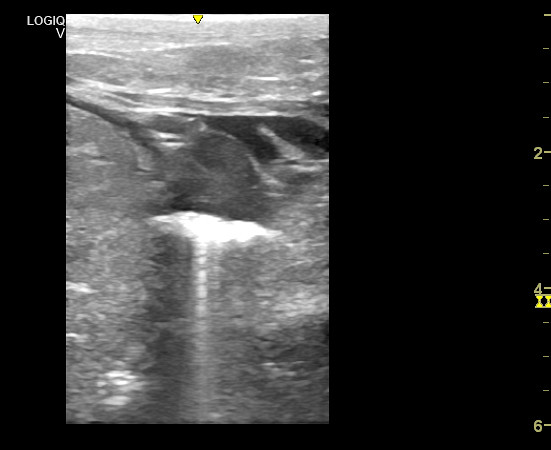 Image of the ultrasound scan of one of the turtles. An accumulation of gas bubbles (bright white) can be seen along the walls of a kidney blood vessel.

Two turtles improved over the first two hours, and could be released with a post-release mortality pop-up tag attached, in order to find out if turtles can overcome the decompression and survive, or not. 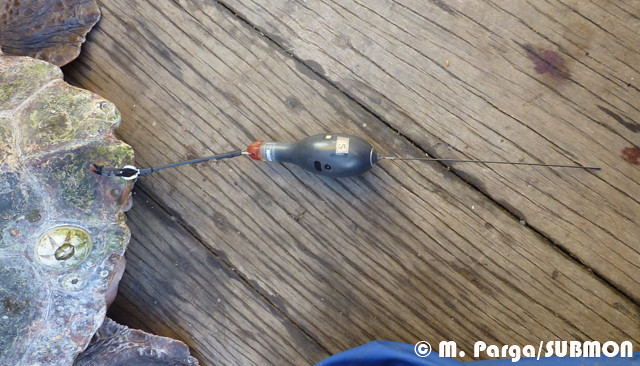 Pop-up tag attached to the carapace of the turtle just before release.

The other 5 turtles died after several hours, and a full necropsy was performed to assess the embolia and to confirm death by drowning. This was confirmed in all turtles without doubt. 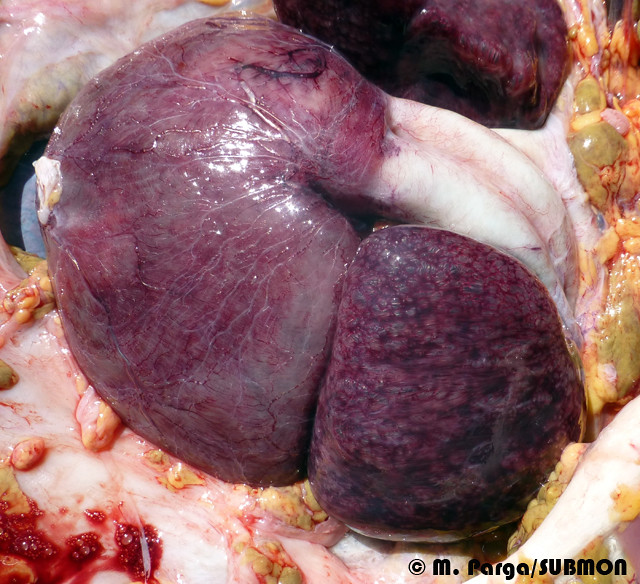 Gas bubbles are obvious in the auricle of this heart. 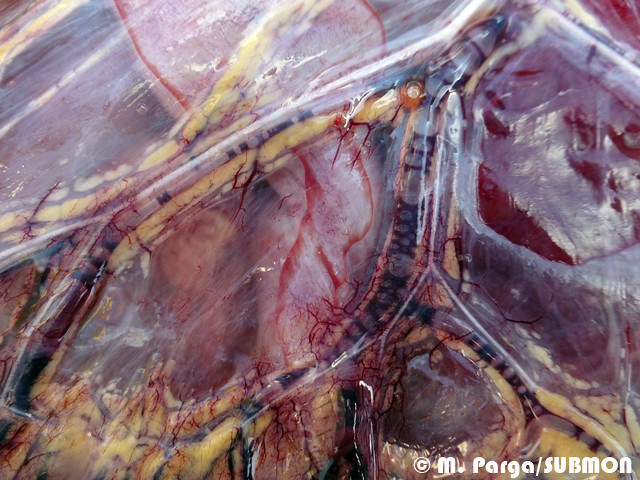 Mesenteric blood vessels with bubbles inside.

This is the first time that gaseous embolia is studied on board a fishing vessel, as the turtles arrive on board, using an ultrasound scan to assess the onset and development of nitrogen bubbles. Although only a pilot study, it has provided an incredible insight into decompression of sea turtles and will hopefully answer some of the many questions that arouse around this syndrome when it was first discovered. 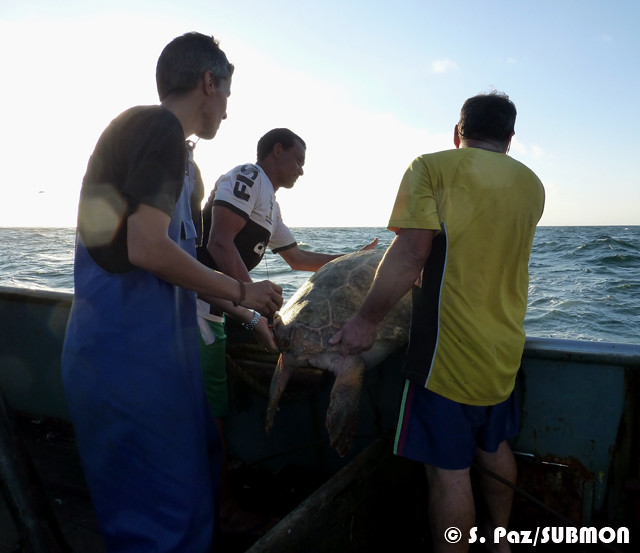 During next Brazilian winter (July-September) scientists will carry out a second campaign in order to assess the influence of water- and ambient temperature on the development of nitrogen bubbles and the post-release mortality of turtles.