New campaign within the LIBERA project to remove large-scale waste

We began a second phase of actions within the LIBERA project, with which we have collaborated since 2019. This project, promoted by SEO/BirdLife in alliance with ECOEMBES, has the main objective of freeing natural areas from waste.

This second phase of actions focuses on the Cap de Creus area (Girona), specifically in the municipalities of Roses and Llançà, with the objective of locating and extracting large-scale waste that is impacting the seagrass meadows in the area. 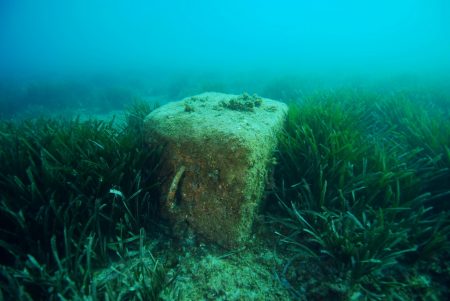 The actions in the municipalities of Roses and Llançà will be carried out throughout May, and will lie in locating the waste, assessing the suitability of its extraction, and extracting those that are considered. Later, awareness talks will be carried out in each of the two locations.

With this new phase of the project, it is intended to continue with the work that began with the first phase, which was carried out in 4 different locations: Cabo de Gata-Níjar Natural Park (Almería), Tabarca Island Marine Reserve (Alicante), Cabo Tiñoso Marine Reserve (Cartagena) and another area of ​​Cap de Creus (Girona). In that first phase, a total of 109 large and heavy objects were located and georeferenced, of which 81 were extracted as they were not integrated into the meadows, representing a total of 8.5 tons of waste removed from meadows. Awareness talks were also held in those locations to explain the actions carried out and the importance of seagrasses, to prevent the accumulation of this type of waste (more related to the boat mooring and certain maritime activities) in the future.

It should be remembered that seagrasses play a fundamental ecological role in the marine environment, being species that create habitats, on which many marine species depend, large producers of oxygen and large captors of carbon dioxide, being protected at a regional, national, and European level. The actions are focused on areas where seagrass meadows can be found, as they are species sensitive to the impact caused by large and heavy waste.

Previous Story
What is your superpower?
Next Story
Basking shark: a harmless giant in our waters