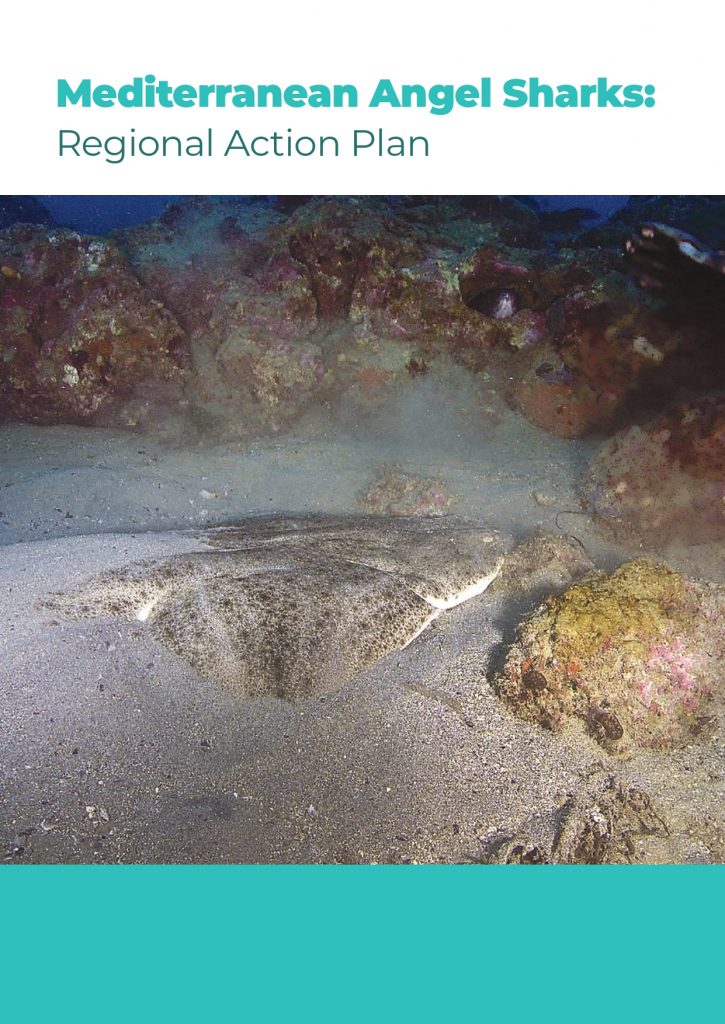 The Mediterranean Angel Sharks Regional Action Plan has been launched today with the aim that “Mediterranean angel sharks are restored to robust populations fulfilling their ecological roles in healthy ecosystems”. SUBMON is proud to be one of the organizations that worked to make it possible.

Within the order Squatiniformes, Squatinidae is the only family. This contains just one genus (Squatina) and 22 described species of angel sharks. These large-bodied, coastal species are highly susceptible to bottom-fishing and are easily entangled in large-mesh gillnets. As a result, angel sharks have been identified as one of the most threatened families of chondrichthyans (sharks, skates,rays, and chimaeras) in the world, with many requiring urgent conservation actions.

This Regional Action Plan sits within the framework of the Eastern Atlantic and Mediterranean Angel Shark Conservation Strategy that was developed by the Angel Shark Conservation Network (ASCN) partners as a framework for improved protection of the three Critically Endangered angel sharks in this geographic range. Four regions – the Northeast Atlantic, Mediterranean Sea, West Africa, and the Canary Islands – are covered by the Strategy.

The Mediterranean has revealed itself to be a priority region for conservation action for chondrichthyans, including for all three species (Squatina squatina, S. oculata and S. aculeata) of angel shark native to the region. This Regional Action Plan (RAP) is designed to focus efforts and will aid in increasing the profile of angel sharks in the Mediterranean, classifying threats faced, reconstructing past baselines, understanding causes of decline, and fostering collaboration between stakeholders and governments of coastal states and territories in determining and implementing legislation and effective conservation actions.

An expert workshop was hosted by the Shark Trust at the National Institute of Sciences and Technologies of the Sea (INSTM) in Salammbô, Tunisia from the 25th – 27th March 2019 to initiate the development of this “Mediterranean Angel Sharks: Regional Action Plan”. SubRegional Action Plans (SubRAPs) for the Mediterranean will be developed to facilitate further coordinated action, starting with GFCM (General Fisheries Commission for the Mediterranean) areas identified as high priority for angel sharks (having factored in threats, contemporary sightings, capacity etc.).

With the predominant threats to angel sharks in the Mediterranean being centred on fisheries and habitat degradation, the priority Goals of the Regional Action Plan are focused on these two threats and grouped under Fisheries or Habitats/Human Activities. In addition, an underlying goal focusing on the implementation of legislation and regulations is outlined to ensure both the species and their critical habitats are better protected. Actions that will be undertaken to help realise these Goals and Objectives seek to address or mitigate relevant constraints and will vary according to geographic region.

Translated versions of the RAP will be published soon. View PDF

Previous Story
ICCAT 2019: Goods and bad news for sharks
Next Story
WMMC’19: The future of marine mammals, both in research and conservation, is coming to Barcelona City this December.