It is true that jellyfish are the most hated animals of the summers on the beach. But they are fascinating organisms and you should learn a little more about them, or perhaps to hate them a little less!

Jellyfish are invertebrate animals that belong to the phylum of the Cnidarians, which also includes the charismatic corals, sea anemones and gorgonians.

There are two basic forms in the Cnidarians’ life cycle: the polyp, in which the animal is sedentary, with a tubular body and the medusa, which is pelagic, that forms when adults develop into a jellyfish. Adult forms are anatomically very simple animals, made up of more than 95% water and almost no organs. The body of jellyfish has two parts: the umbrella-shaped bell, which contains: nerve receptors, a mouth, a very primitive stomach and the gonads for reproduction; and the tentacles, which come out from under the bell, usually surrounding the mouth.

Why do jellyfish sting?

Jellyfish live in the water column and move along with the current, although it is true that some species of jellyfish, mainly of the Cubozoa class, can move thanks to what is called the velarium.  This vascularized tissue contracts, generating a flow of water that promotes the propulsion and the changes in direction. But, in general, jellyfish move vertically in the water column and let themselves to be transported by the currents.

When they sting us, most likely we have inadvertently been in contact with their stinging tentacles – the jellyfish do not chase us!

Jellyfish tentacles are equipped with stinging cells called cnidocytes, which contain the nematocyst that consists of a stinging filament structure. These structures coiled up inside the cnidocytes and when released, they inject toxins that paralyze their prey, but sometimes they can use it as defence too. In the Mediterranean Sea, although jellyfish stings can be painful, most of them do not result in life-threatening situations.

Learning about the species found in the Mediterranean

Jellyfish have a cosmopolitan distribution, and there are species adapted to live from the tropical seas to the coldest seas of the poles.

One of the most common species in the Mediterranean Sea is Pelagia noctiluca, a translucent, fascinating pinkish-violet species, whose Latin name refers to its ability to produce bioluminescence, meaning the capacity to glow in a greenish-blue colour at night. It can form dense masses and its sting causes irritation and itching at skin level.

Another very common species is Aurelia aurita, nicknamed moon jellyfish: it is entirely translucent and can be recognised by its four horseshoe-shaped gonads and short tentacles. Its sting is harmless, but it is abundantly concentrated in coastal areas, causing annoyance to sunbathers.

Also, during the summer and autumn seasons, you can easily spot Cotylorhiza tuberculata, nicknamed “fried egg-jellyfish”, with a flattened, yellowish-brown umbrella and a prominent central orange dome. It is unharmful and its capacity to produce urticaria is limited, due to the short length of its tentacles and the low density of stinging cells in them. It is most likely to find groups of small fish that find shelter among their tentacles.

For many years now, an increase in the number of floating colonies of Velella velella, also known as sea raft, has been detected. This is a cosmopolitan free-floating hydrozoan with a round or oval blue disc. They are subject to mass-strandings on beaches; as they have no means of locomotion other than their sail, they are at the mercy of prevailing winds for moving. They have nematocysts that are relatively non-harmful to humans.

Jellyfish play a key role in the sea

Jellyfish play several ecological roles and are considered important components of marine ecosystems, forming part of the upper links of the food chain in different marine environments. They are known for their trophic interactions with other taxa: they prey on plankton larvae, balancing their numbers in the seas, and serve as food for species of turtles, fish, and even other jellyfish.  They can also form symbiotic relationships with other species providing shelter and transportation in exchange for protection.

It is very important to raise awareness on their ecological roles among bathers, especially children, to avoid the sad habit of removing jellyfish from the water that occasionally appears near the beach, leaving them to dry on the shore.

Because of the nature of their life cycle, they have seasonal behaviour, presenting their maximum abundances (blooms) during spring or summer, when the planktonic food is plentiful. The increase in water temperature due to climate change, together with the progressive removal of their predators, causes these blooms to increase in quantity and extension, which can sometimes become true plagues of jellyfish, having negative effects on coastal tourism. The blooms of some jellyfish species are another symptom of the degradation of the marine ecosystem as their plagues are becoming more frequent and occur in unusual areas. The proliferation of some species in recent years may lead to an ecological imbalance in marine ecosystems, and if not reversed, the current situation of overfishing is likely to worsen the severity of those proliferations in the future.

On the other hand, the study of jellyfish has applications in different medical fields: the regenerative mechanisms of some jellyfish are being studied to better understand the cellular transformation between functions, and the gene that produces the bioluminescent protein has been isolated from jellyfish for applications in the monitoring of cancer cells growth. Jellyfish extracts are also used in cosmetics and the possibility of using jellyfish remains to make ecological fertilizers for agriculture was studied.

Jellyfish are extremely important for marine ecosystems, and further studies about the occurrence and distribution of harmful bloom are imperative to understand the health of our oceans.
If you are at the beach this summer, be careful while swimming and if you spot a jellyfish try to avoid contact with its tentacles and if you spot a mass of jellyfish near the coast, please inform the lifeguards! 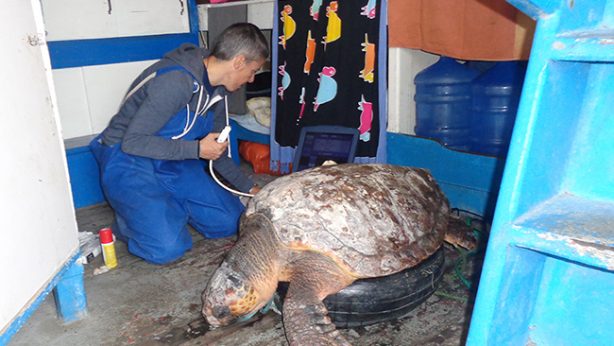 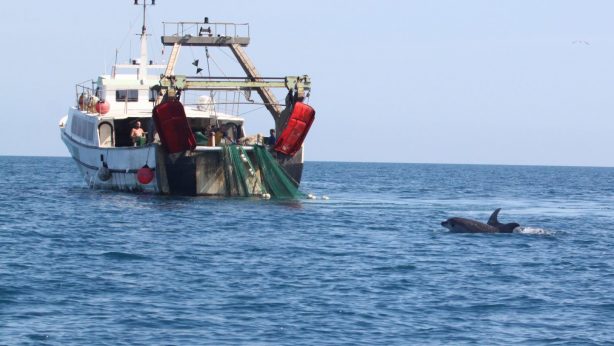 Fishing with dolphins: the project starts

Fishing tourism and fishing training in Cap de Creus as...