It’s time to write to the ocean

#MensajeAlOcéano starts, a nationwide online campaign that is open to everyone. This campaign will be carried out between the months of January and April 2022 and its objective is to give visibility to the ocean and to propose and carry out actions or activities that contribute to improve its environmental status. To do so, a common message will be written, thanks to the incorporation of small messages by the different people who participate. 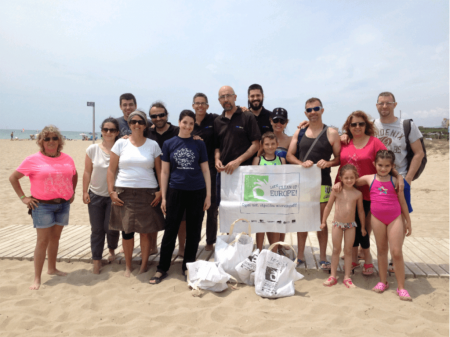 To carry out the campaign 10 routes of “virtual bottles” that will contain those messages have been organized. Each route will involve some provinces and/or autonomous cities, covering the entire Spanish territory. This message will be written with the aim of promoting a change in the relationship between society and the ocean.

Maybe some of you think “I have nothing to say about the ocean”. Then it could be a good opportunity to do a bit of research as you will probably be surprised by how important the ocean is. Then you will be able to share it, helping other people who still do not give enough credit to the ocean… It is much more than a place to sunbathe during summer!

Others will say “I can’t think of anything that I could do to improve the environmental status of the ocean”. If you think about it all of us can contribute to improving it. You can organize or participate in an activity (to remove litter, to raise awareness…), whether big or small. You can do it with colleagues, with students, with friends, with family… In addition, many of our daily actions can have a negative impact on the ocean. Changing them or stopping doing them can promote a positive change, especially if we are able to communicate it to encourage more people to do so. Those daily actions can be very diverse, from being more aware of what and how we buy to being more responsible with the waste we generate. Every one of us has a lot to do and a lot to say!

Finally, there will be those who will think “I live far from the ocean, this campaign is not focused on me”. Well, you couldn’t be more wrong! Absolutely everyone who lives on this planet depends on the ocean and all our actions have an impact on it. Therefore, this campaign is focused on everyone!

You can obtain more information about the campaign, consult the provinces that belong to each of the routes and see some examples of messages to inspire you on the campaign website.

How can you participate?

To participate in the campaign, you will simply have to:

At the end of the campaign, the messages, photographs, and videos of all the participants will be collected and presented in an online closing event. All the people participating in the campaign will later receive an email to participate in the event to see the results of the campaign. 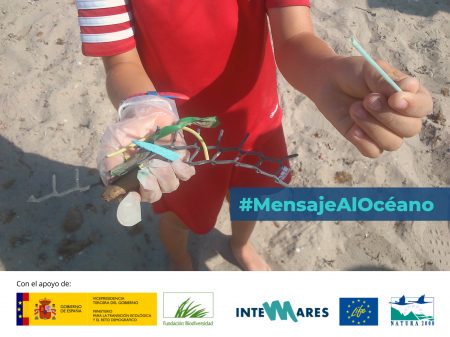 #MensajeAlOcéano campaign is part of the EDUCAMARES project, which has the support of Fundación Biodiversidad of the Ministry for the Ecological Transition and the Demographic Challenge and the LIFE IP Intemares project.

We await your message; the ocean deserves it!

Previous Story
We started the COSTtERA project: Studying the underwater behaviour of bottlenose dolphins during their interaction with trawler nets in the north of Catalonia.
Next Story
Different uses of Neptune seagrass