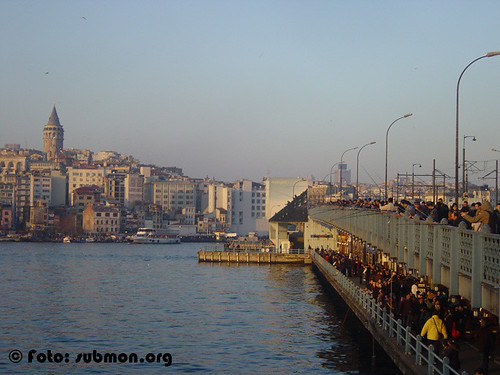 The international workshop on Mediterranean monk seals was celebrated in Istanbul (Turkey) on the 28th of February, within the European Cetacean Society Congress.

The workshop “Who are our seals? Moving towards a standardized population estimate approach for Monachus monachus” aimed to provide an initial baseline for the discussion and identification of feasible field methods that can be used to construct a standard approach for the estimation of population numbers and trends for the ultimate conservation benefit of the species.

Dr. Manel Gazo, director of SUBMON, assisted as an invited expert to present the work on population estimates of monk seals, based on mark-recapture analysis of photoidentification of the Western Sahara colony.

Dr. Manel Gazo during the workshop

The final workshop discussion evidenced some important premises that were exposed on the ECS Congress the following Monday.

Dr. Giulia Mo, co-organiser of the workshop during the presentation of the results at the ECS congress

Scientist concluded that repeated surveys of extensive coastline to record the proportion of caves showing fresh tracks/traces of seals could be an efficient way of monitoring population changes.

It was also evidenced that camera-trapping / videocamera survey of selected breeding caves should, wherever possible, be used to relate the all-age population to the observed number of pups born.
The discussion also approached the issue of the usefulness of questionnaires as a tool to identify monk seal presence /absence and, possibly, distribution.

Finally, many participants supported the necessity of exchanging data and setting up a unique and regional photo-identification catalogue.

Previous Story
Conservationists denounce failure of the 16th ICCAT meeting to protect even the most threatened species.
Next Story
SUBMON attends the 10th International Conference on the “Effects of Oil on Wildlife”