SUBMON has joined a team of marine biologists from up to 11 countries of the Mediterranean, that has set up a regional initiative to compile information about the population trend of Bluntonse sixgill shark relying on local fishermen.

Interest in shark conservation has substantially increased worldwide over the last decades. Underpinned by a constant flow of findings concerning the biology of many shark species, their role in the environment and their importance for fisheries as a commercial resource, various conservationist initiatives have emerged with the aim of engaging countries in guaranteeing the sustainability and protection of shark populations against their current threats.

Despite being considered a biodiversity hot-spot for elasmobranchs, the Mediterranean Sea is also home to the highest proportion of threatened species due to unregulated fishing. In a report published in 2016 by the IUCN, 39 of the 73 assessed species of sharks and rays in the Mediterranean were found to be regionally threatened and overfishing was acknowledged as the main driver of decline and local extinction.

The Bluntonse sixgill shark (Hexanchus griseus) is a common shark in the Mediterranean and it is the biggest member of its family (reaching up to more than 5 meters). It’s a predominantly commercial deep-water species which can be found at depths of up to 2500m and is accidentally taken by both bottom and mid-water trawlers but also gillnets, trammel nets, longline, hand lines and traps. Although H. griseus has been assessed as “Least Concern” in the Mediterranean by the IUCN, the fact that the species can get caught by diverse fishing gears and, in addition, not counting on any form of legal protection makes monitoring its population trend important for ensuring its preservation, especially under the current degree of fishing pressure. 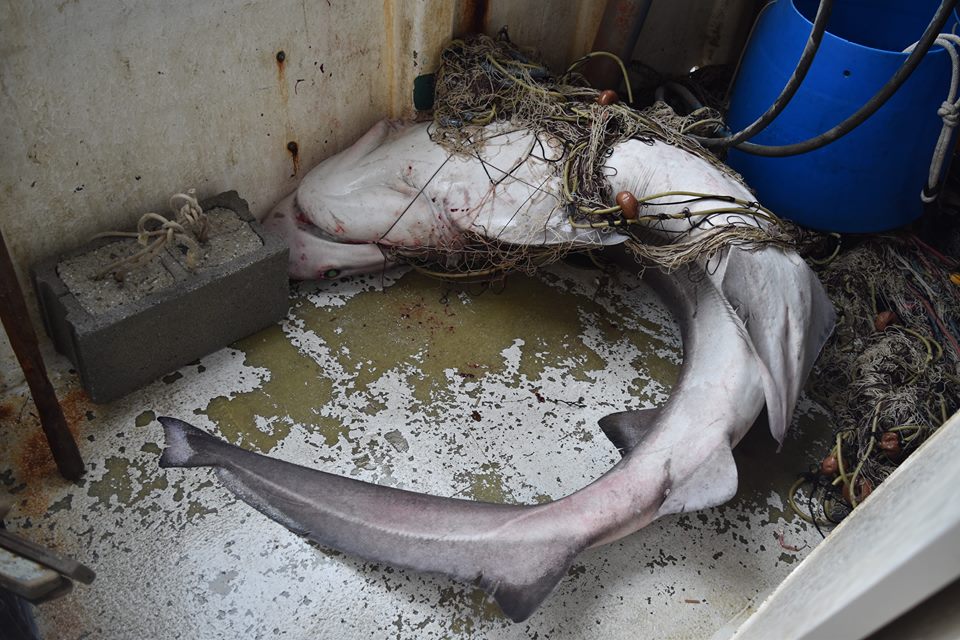 SUBMON is part of the team of marine biologists from up to 11 countries of the Mediterranean (Spain, Algeria, France, Italy, Libya, Tunisia, Montenegro, Albania, Greece, Israel and Cyprus) that has set up a regional initiative to compile systematic information about the population trend of H.griseus relying on local fishermen and their impressions. Even though its latest assessment kept it out of threat, our aim is to detect whether the species is showing some signs of population dwindling in any of the studied regions given that fishing pressure in the Mediterranean has done nothing but increase.

This project is funded by the Shark Foundation.

Previous Story
THE PROJECT “TRAMUNTANA DOLPHINS” CONTINUES ITS CAMPAIGN THIS 2019.
Next Story
We started a new project for participatory local development, through the impulse of the blue economy in Cape Creus.

Some of the pages of the SUBMON site contain cookies, which are small data files generated in the computer of the user or client which enable the system to remember the language and site, as well as other characteristics and navigation preferences chosen by the user during their first visit. These cookies are not invasive, nor do they carry virus or personal data, and their only function is to personalise navigation according to the choices made previously by the user. If you wish, you can deactivate and/or eliminate cookies by following the instructions which appear in our Security Recommendations .
Necessary Always Enabled
Necessary cookies are absolutely essential for the website to function properly. This category only includes cookies that ensures basic functionalities and security features of the website. These cookies do not store any personal information.
Non-necessary
Any cookies that may not be particularly necessary for the website to function and is used specifically to collect user personal data via analytics, ads, other embedded contents are termed as non-necessary cookies. It is mandatory to procure user consent prior to running these cookies on your website.
SAVE & ACCEPT
SearchPostsLoginCart
SUBMON examines the conservation status of Neptune seagrass in Roses and Montgó (Torroella de Montgrí).
SUBMON obtains the first underwater images of bottlenose dolphins feeding in trawl nets in the Western Mediterranean Sea area
Caulerpa cylindracea, reloaded.
UN Ocean Conference: the need for action to ensure a sustainable future
Notice to mariners! How to watch dolphins and whales in a responsible way?
Sea turtles… in Alaska?