Climate change refers to the significant and lasting alteration of the Earth’s global climate. This variation may be due to natural causes (volcanic eruptions, ocean circulation, solar activity or variations in the Earth’s orbit) and/or as a consequence of human activities (burning of fossil fuels, deforestation, overconsumption, food production, among others).

Do you know the effects of climate change on the marine environment?

Climate change can cause different effects, such as:

How can we act to cope with these changes?

At present, there are different lines of action to address climate change, but they are generally divided into two:

Did you know that sea grass does an important role against climate change?

Sea grass (Posidonia oceanica) is a marine plant endemic to the Mediterranean Sea. Among many of the benefits of its presence in the marine ecosystem, its ability to naturally prevent coastal erosion. In other words, its presence mitigates part of the adverse effects that climate change can cause. On the one hand, the roots and rhizomes advandage the fixation and retention of sediments, while on the other hand, the leaves attenuate the speed with which waves reach the coast. 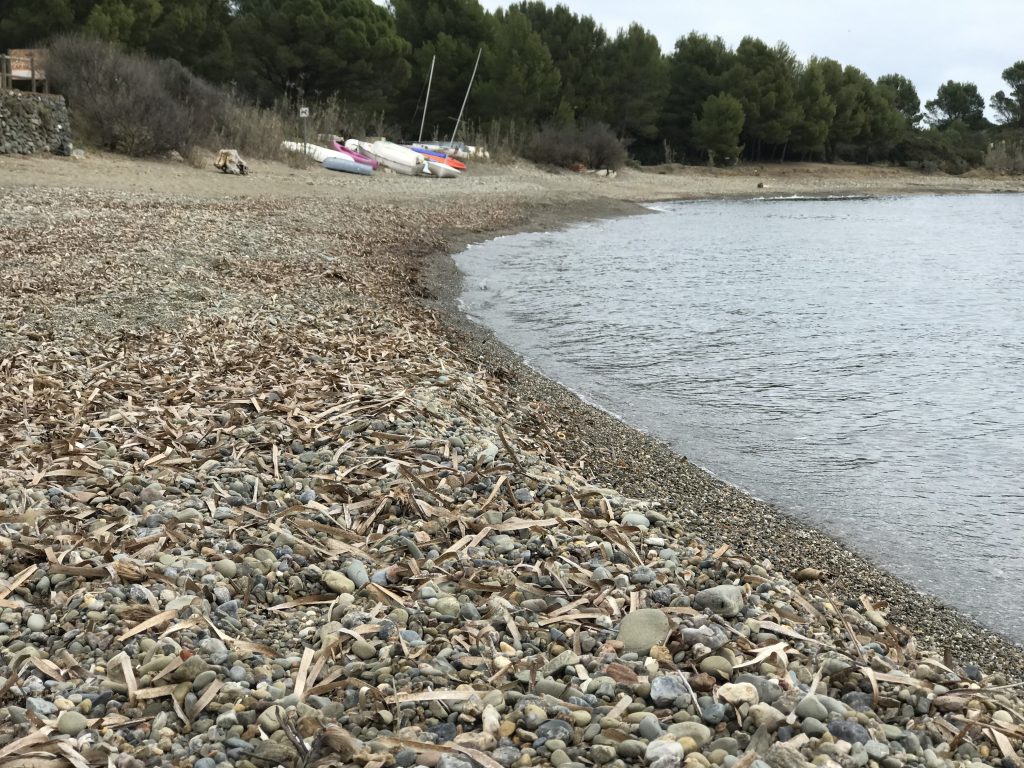 In addition, the accumulations of sea grass remains that reach the beaches due to the action of the waves and after sea storms, play a very important role in the conservation of the beaches, mainly by cushioning the impact of the waves on the shore, controlling erosion and the loss of sand. These accumulations of sea grass remains are called arribazones, and their management is essential as a measure of adaptation to climate change.

The removal of arribazones… how is it managed?

At present, at the national level, there are no specific regulations on the removal of sea turtles from beaches. In the catalonian case, the Order of July 31, 1991, for the regulation of marine phanerogamos herbazales, prohibits the destruction, sale, purchase and use of these species.

For the correct management of upwelling, different strategies can be applied, such as those described in the GESTARR project:

This is obviously the best from an ecological point of view and consists of keeping the upwelling in the place where they are naturally deposited. This should be imperative on beaches subject to erosion processes where the presence of plant debris helps to retain sediments.

Arribazones can accumulate on or off the beach during the bathing season, returning them to their place of origin at the end of the season. Although they lose their protective function during the summer, they would be present during the rest of the year when the probability of storms is greater.

The arribazones are extracted from the beaches, giving them a use outside of the beaches. Currently, of the different uses given to these plant remains, the most important are the recovery of green areas, compost formation, landfill sealing or dune stabilizers. There are also lines of research open for new industrial applications.

As mentioned above, sea grass has a fundamental ecological function for the health of the Mediterranean. The effective management of the sea grass remains that are deposited on the beaches is essential as a measure of adaptation to climate change.

It is necessary to normalize the presence of the arribazones and develop awareness campaigns so that visitors are aware of the importance of these plant remains and change their views on the matter.

The permanent removal of sea grass remains, for alternative use or for transfer to landfills, is not considered a good management action as it permanently eliminates the function of these remains as a climate change adaptation measure. In addition, the removal of the beach tops entails another problem, the elimination of large volumes of sand. For this reason, these actions should be avoided so as not to leave the beaches in a highly vulnerable situation.