SUBMON has initiated the CETAMED NORTE project to increase knowledge about the distribution and abundance of cetacean and sea turtle species, as well as floating marine litter, in the northern area of the Mediterranean Cetacean Migration Corridor. Visual and acoustic linear transects will be carried out over a total area of 32,652 km2 by light aircraft and boat to collect data that will be essential for future management plans for this Marine Protected Area, as well as for conservation plans for the different species. The project is supported by the Fundación Biodiversidad of the Ministry for Ecological Transition and the Demographic Challenge (MITECO) in the framework of the Recovery, Transformation and Resilience Plan (PRTR), funded by the European Union – NextGenerationEU.

One of the biggest problems in managing and conserving marine biodiversity is the lack of information on the status of the populations of the species concerned.

The Mediterranean Cetacean Migration Corridor is a 46,385 km2 Marine Protected Area. These waters are of great ecological value and constitute a corridor of vital importance for the survival of cetaceans in the Western Mediterranean. This is the case, for example, of the fin whale (Balaenoptera physalus), which uses the area in its migration to other latitudes during the spring months. It is also the habitat and feeding area for many species of cetaceans, such as the fin whale itself, the sperm whale (Physeter macrocephalus), the bottlenose dolphin (Tursiops truncatus), the striped dolphin (Stenella coeruleoalba), the common dolphin (Delphinus delphis), the Risso’s dolphin (Grampus griseus), long-finned pilot whale (Globicephala melas) and Cuvier’s beaked whale (Ziphius cavirostris). And, for other marine species such as the loggerhead sea turtle (Caretta caretta) and several seabird species. However, little information is currently available on the distribution or abundance of these species in the northern section of this Marine Protected Area.

In order to work on the conservation of these species, all of them protected nationally and internationally at different levels, it is also essential to know the impact level of the different threats in the area. It is currently known that the Mediterranean is one of the most polluted natural environments by plastic litter and that this represents one of the greatest threats to marine life, but quantitative studies of floating litter are needed to allow a correct evaluation of this problem in the area. 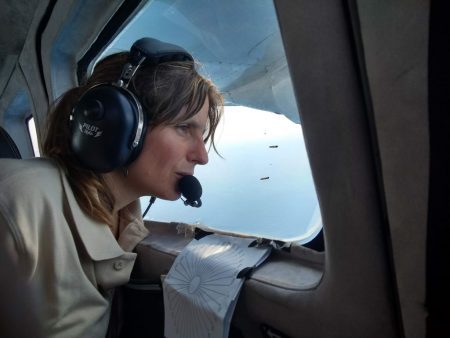 For this reason, the CETAMED NORTE project has been designed with the aim of providing data that will help to improve knowledge of the species and their threats in the area. The project will carry out one aerial and one maritime research campaign in the northern area of the Marine Protected Area “Mediterranean Cetacean Migration Corridor”, following the “Distance sampling” methodology. This means that linear transects will be carried out with light aircraft and boat, recording data on the presence of cetaceans, sea turtles, and floating litter. On the one hand, the aerial campaign will allow for sampling cetacean and sea turtle species, as well as collecting data on floating litter of anthropogenic origin to see what level of threat this marine litter represents for the fauna that inhabits or migrates through this protected area. This campaign will cover a large study area in a short period of time, covering up to 3,800 km. 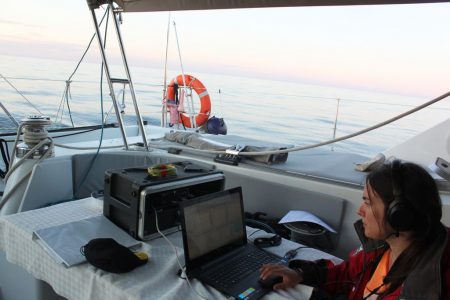 And, on the other hand, the maritime campaign, on board a boat, will complement the aerial transects by covering up to 4,000 km carrying out acoustic transects using a trawl hydrophone that will allow the detection of deep-diving cetacean species, which are more difficult to detect in aerial surveys due to their long dives.

In the last few years, SUBMON has carried out several projects in areas included in the Mediterranean Cetacean Migration Corridor. Specifically, the AHAB project and the SCARS project, both with the support of Fundación Biodiversidad of the Ministry for Ecological Transition and the Demographic Challenge, provided data on the distribution and abundance of the sperm whale and the striped dolphin, as well as distribution and relative abundance data on other species in the area, following the same methodology that will be used in this project.

Thus, the CETAMED NORTE project will provide new and updated information on the presence, distribution and abundance of different species of cetaceans and turtles that can be found in this Marine Protected Area. We hope that all the data obtained will help to better understand the biodiversity of the study area and allow us to work towards effective management of the area.