Art and climate change: the power of images

The conservation of the natural environment, marine and terrestrial, does not have to be a priority only for the scientific community, but citizens play a key role and their involvement is also necessary. However, involving and sensitizing people to current and future environmental challenges is not always easy.

In this sense, the art world has always been a way of explaining a story by appealing to emotions, an effective attribute when it comes to communicating environmental problems and being able to generate an impact on society. And it is on this aspect that this BBC article focuses, which explains how some artists from different disciplines have taken advantage of this emotional bond to address the environmental crisis that our planet is experiencing. And everyone is clear that something is wrong.

For example, Melt is a photographic project by Deanna Witman, trained in environmental sciences and experienced as a field biologist for over a decade. With this work, she intends to highlight the change that humans produce in the environment and to raise awareness of the speed with which these changes occur. To do this, Witman collected Google Earth satellite images of glaciers and other locations and printed them on unfixed salt paper, causing the photos to fade over the days during the exposure. With this resource, Witman’s intention was to convey certain parallelism between the disappearing images and the reality that exists behind each of the photographed places. 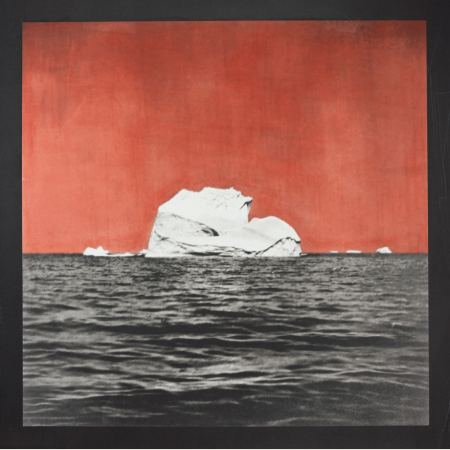 In another of her works, Witman draws on the photographs of monolithic icebergs that photographer William H. Pierce took on an expedition in 1864 to the coast of Labrador, in the North Atlantic Ocean. These Pierce photographs could be the first known of these ephemeral icy structures.

“Seeing really exceptional habitats being impacted had a deep subconscious impact on me. But I also felt that I was providing the best information that I could about how these projects would potentially change those areas and species.”, says Witman.

Another more recent example of this type of activist art is the Lorenzo Quinn sculpture, which consists of two hands emerging from the Grand Canal in Venice to protect and support the historic building of the Hotel Ca’Sagredo. According to its artist, this sculpture wants to be a reminder of how the rising sea threatens this and many other coastal cities in the world.

But these are not the only examples. It seems that the growing urgency and scale of the environmental crisis is prompting us to explore new and creative ways to speak out from different points of view. At the end of the day, a collaboration between scientists, artists, opinion leaders and citizens makes it possible to contribute knowledge, experience and resources to face the environmental challenges we face and bet on forms of sustainable development with the environment that surrounds us.