Glaucus atlanticus is a sea slug, a pelagic nudibranch. At the taxonomic level it is a mollusc of the Gastropoda class, in the family Glaucidae and the only species of the genus Glaucus.

Usually, they live in the Atlantic Ocean, although specimens have been found in all oceans. It prefers mainly temperate and tropical waters, which is why its sighting is more frequent in Mozambique and South African waters.

Its camouflage is one of its best adaptations to survive

The sea swallow inhabits the shallowest part of the water, which is the most dangerous area for a prey. In the part seen from the sky they are almost invisible, because their bright blue color camouflages them with the sea, being exactly the same color as it and therefore, avoiding being seen by birds. At the bottom they are silver, achieving the same mimicry effect so that fish do not see them. On the back it has two lines of a deeper blue that go through its body to the tip of its tail. In between, there is a thicker one that is lighter blue color (in some specimens it is the same color as the rest of its body).

The sea swallow has a hydroskeleton that, as its name indicates, is a liquid skeleton that supports its body. In addition, they have a gas bubble in their stomach that allows them to always stay afloat. Usually, they measure between 3 and 4 cm in length. They have 6 limbs that branch into the so-called “cerata”. The front ones are usually thicker than the rear ones.

They mainly feed on jellyfish and hydrozoans such as the Portuguese Caravel (Physalia physalis) or the “Velella” (Velella velella). Like many nudibranchs, they take advantage of the stinging cells (nematocysts) and accumulate them in the cerata as protection against predators.

Like the rest of the nudibranchs, the sea swallow is hermaphrodite. They alternate their male and female reproductive systems. They present on their left side a hole through which a protuberance comes out, the penis, with a curved shape and white color that can extend more than 60 mm, to avoid their arms, which make it difficult to approach their partner.

Despite their appearance, they are relatively dangerous. Although it is unlikely to suffer a sting from these animals since they live in the open sea at the mercy of the wind, waves and marine currents. However, sometimes climatic conditions can bring them closer to the coast. Their predatory instincts make them territorial, and numerous cases of cannibalism have been seen especially when food is scarce or when they are found in large numbers.

Previous Story
Exploring the sea: 5 educational resources you can consult at home
Next Story
A Strategic Research Agenda for Oceans and Human Health in Europe 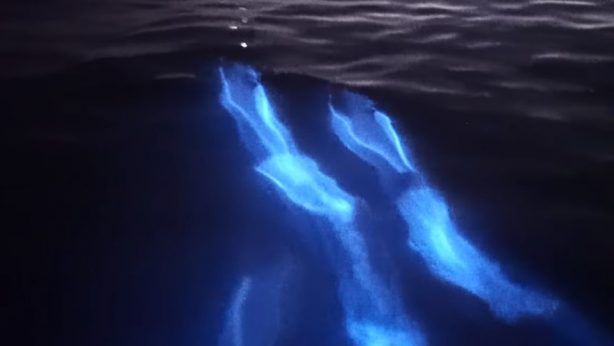 A few days ago, photographer Patrick Coyne filmed the exceptional... 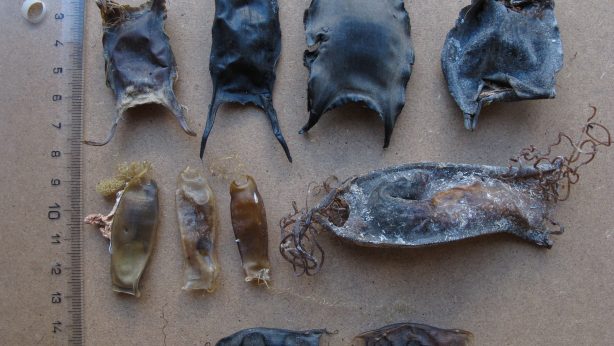 SearchPostsLoginCart
Plastic waste is still a threat to the sea
The ocean, a great unknown
Increases in sightings of marine fauna: covid19, nature or espionage?
Why are dolphins shining at these amazing pictures?
Basking sharks: new visitors or unknown neighbours?
Curiosities of the elasmobranchs (sharks and rays): reproductive biology