The 24th Annual Conference of the European Cetacean Society was held in Stralsund, Germany, from the 22nd to the 24th of March, 2010. The subject of the conference was: “Marine Mammal Populations: Challenges for Conservation in the Next Decade”. The theme highlighted the Society’s scientific concern with the status and dire needs of several marine mammal populations at the beginning of the new decade. Despite the fact that the European Commission issued in 1992 its “Habitats Directive” calling for “strict protection“ of all cetacean species in its waters (Annex IV of Council Directive 92/43/EEC), the condition of several species, populations and sub-populations in European waters has continued to deteriorate since then.  Most known examples of such populations are the Mediterranean monk seal, the Baltic harbour porpoise or the Mediterranean common dolphin, among others. 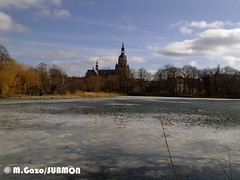 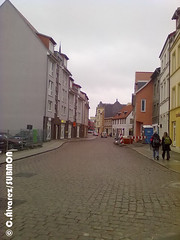 These challenges in conservation attempts appear to have political and sociological reasons. They are exacerbated by a lack of scientific knowledge of the biology of some  marine mammal populations. On the other hand, main threats to marine mammals are well identified and widely spread, such as bycatch and several types of pollution.

Members of SUBMON attended the conference and different workshops that were held in the days previous to the Conference. These workshops were useful for gathering information on 1) Cetacean Bycatch and the effectiveness of mitigation measures, 2) analysis of data of the C-POD and static acoustic monitoring devices, and 3) best practises of using fixed transect surveys for cetaceans on  ferries as research platforms. 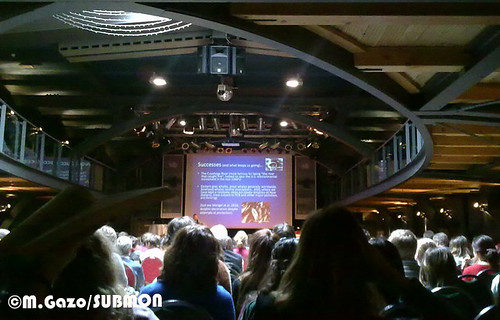 The study on the bottlenose dolphin population around Medes Islands Marine Protected Area to determine their use of habitat was presented by Carla Alvarez, head of projects of SUBMON. This study was conducted with the collaboration of L’Oceanogràfic (Valencia), the logistic support of the Medes Island Protected Area – Autonomous Government of Catalunya and co-funding from Museu de la Mediterrània.  The study was carried out during one year using T-PODS, an acoustic monitoring system that allowed to determine the diel pattern of the species as well as the seasonality of dolphins around the islets.

You can see the poster here